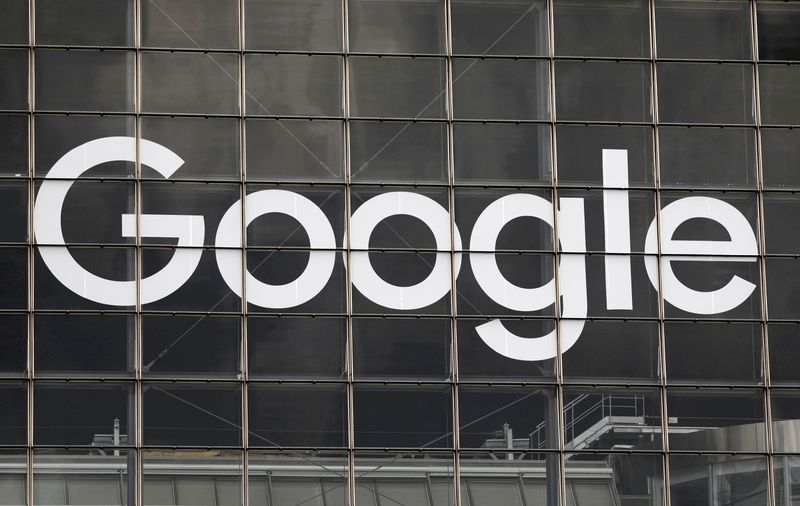 © Reuters. FILE PHOTO: The logo of Google is seen on a building at La Defense business and financial district in Courbevoie near Paris, France, September 1, 2020. REUTERS/Charles Platiau/File Photo

BRUSSELS (Reuters) – Alphabet (NASDAQ:) unit Google has bowed to pressure from rivals and will let them compete for free to be the default search engines on Android devices in Europe, widening a pledge to EU antitrust regulators two years ago.

The move by the world’s most popular internet search engine comes as the 27-country bloc considers rules that could be introduced next year to force Google, Amazon (NASDAQ:), Apple (NASDAQ:) and Facebook (NASDAQ:) to ensure a level playing field for competitors.

Google’s Android mobile operating system runs on about four-fifths of the world’s smartphones. The U.S. tech giant said in 2019 that rivals would have to pay via an auction for appearing on a choice screen from which users select their preferred search engine.

Google’s change of heart follows a 4.24-billion-euro ($5.16 billion) fine handed out by the European Commission, the EU antitrust authority, in 2018 for unfairly using Android to cement the dominance of its search engine.

“We are now making some final changes to the Choice Screen including making participation free for eligible search providers. We will also be increasing the number of search providers shown on the screen,” Oliver Bethell, director at Google, wrote in a blog post on Tuesday.

The changes will come into effect in September, the blog added.

The Commission did not immediately respond to a request for comment.

Google said the five most popular eligible search engines in each EU country according to StatCounter, including Google, would be displayed in random order at the top of the screen while up to seven will be shown at the bottom.

It had previously only allowed four competitors, chosen in separate auctions for each EU country, to be displayed on Android screens.