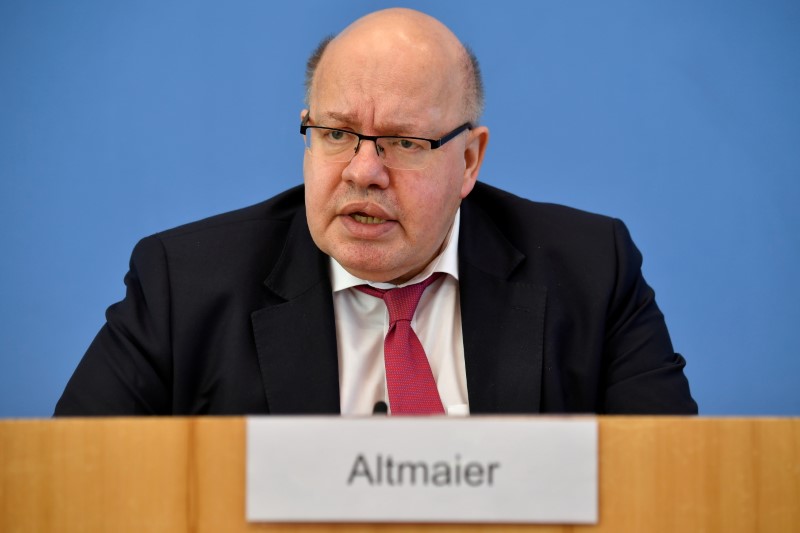 FRANKFURT (Reuters) – Germany on Sunday said it has taken steps towards a bilateral alliance on hydrogen production and trade with Australia to try and facilitate a renewable energy-based hydrogen supply chain between the countries.

Economy minister Peter Altmaier and education and research minister Anja Karliczek signed a letter of intent to set up a “Germany Australia Hydrogen Accord” with their Australian counterpart, Angus Taylor, the economy ministry said in a press release.

It said the cooperation was about enabling “the import of sustainably produced hydrogen in relevant volumes, which is an important factor to reach our tighter climate targets.”

Australia wants to develop a clean hydrogen and ammonia production chain to cut carbon, depart from fossil fuels and build up new export markets, Taylor said in an interview for Reuters events in May.

Karliczek said her ministry will fund a technology incubator called HyGate with 50 million euros ($60.53 million) over three years to test technologies from production through to storage and transport.

Big energy firms including German utility RWE and Uniper have started looking into possible new trade routes for hydrogen, a cleaner alternative to fossil fuels from Australia and other places.

Germany’s 9 billion euro hydrogen strategy launched last summer, which is embedded in wider European Union strategies, is based on the assumption that some 80% of its hydrogen requirements may have to be imported in the long term.

Germany has put out feelers to Saudi Arabia, Canada, Chile and Morocco for possible supplies.