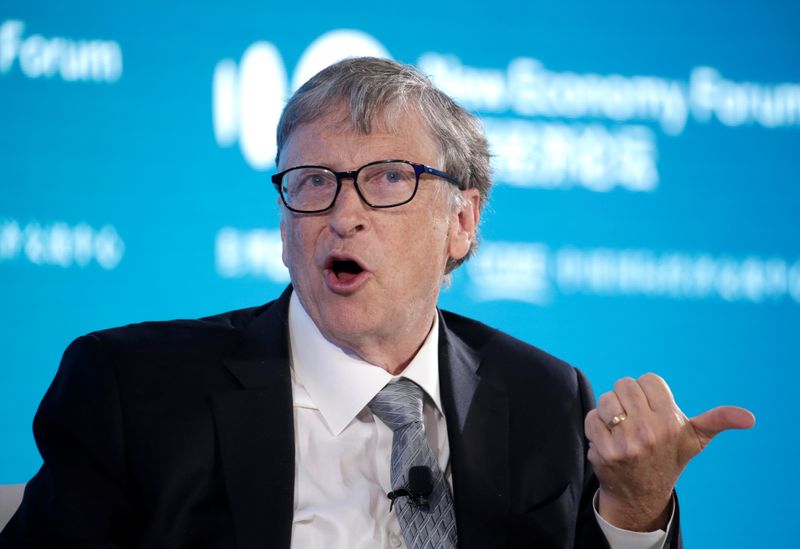 (Reuters) – The Bill and Melinda Gates Foundation on Thursday pledged an additional $250 million to support the development of low-cost and easier to deliver treatments and vaccines against COVID-19.

The Gates Foundation's latest contribution, its largest till date, comes on top of the $70 million funding that it added in November. This brings its total commitments to the global pandemic response to $1.75 billion, the foundation said.

"Whether (the world) gets better for everyone depends on the actions of the world's leaders and their commitment to deliver tests, treatments and vaccines to the people who need them," said Melinda Gates, co-chair of the Gates Foundation.

The contribution will also support the delivery of tests and vaccines in low- and middle-income countries, the foundation added.

Britain became the first country on Tuesday to roll out a COVID-19 vaccine with a 90-year-old grandmother receiving the first shots of the Pfizer-BioNTech vaccine.

Canada approved the same vaccine on Wednesday, while the U.S. U.S. Food and Drug Administration (FDA) said it met its expectations for emergency use authorization ahead of a Thursday meeting of outside experts, who will discuss whether to recommend it.

However, Pfizer (NYSE:PFE)'s vaccine does face challenges https://reut.rs/374bNqO, especially in the lower-income countries because of its ultra-cold storage requirements. It must be shipped and stored at minus 70 degrees Celsius (minus 94°F), significantly below the standard for vaccines of 2-8 degrees Celsius (36-46°F).

"We have new drugs and more potential vaccines than we could have expected at the start of the year. But these innovations will only save lives if they get out into the world," said Bill Gates, co-chair of the Gates Foundation.

Another U.S. drugmaker Moderna (NASDAQ:MRNA) Inc, which has said its vaccine is 94.5% effective in an interim analysis, has already applied for authorization in the U.S. and European Union.