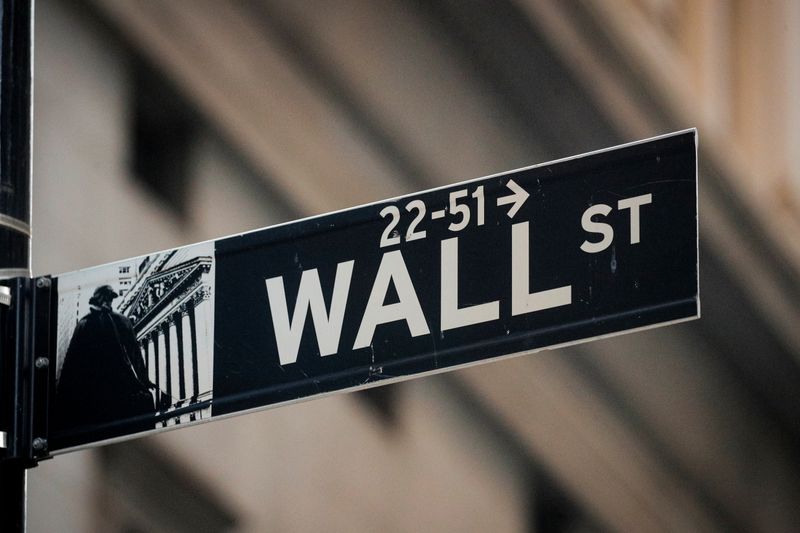 © Reuters. A Wall St. sign is seen near the NYSE in the financial district in New York

By Devik Jain and Medha Singh

The number of Americans filing for jobless benefits unexpectedly dipped last week while staying extremely high, a Labor Department report showed, with the job market recovery appearing to stall as COVID-19 threatens to overwhelm the country.

The more comprehensive jobs report for December is expected on Friday.

"The vaccines are here, they're being distributed.. and the markets looking through that, so I'm not sure the short-term jobless data will be an issue to the market," said Tom Mantione, managing director of UBS Private Wealth Management in Stamford, Connecticut.

After a dull start to the week, financials and industrial stocks powered the Dow and the S&P 500 to all-time highs on Wednesday in hopes that some of President-elect Joe Biden's policies could speed up a vaccine-driven recovery.

"The market is telling you that fiscal stimulus is more important, and will be more impactful than the modest tax hikes likely to be passed by the administration," Mantione said.

"A unified government will be a little bit of a more smooth path to fiscal stimulus."

However, the Nasdaq, dominated by FAANG stocks that had led Wall Street's rally from the pandemic lows, closed lower on fears that some of the companies could face antitrust scrutiny.

DXC Technology jumped about 10% as France's IT consulting group Atos made a more than $10 billion takeover approach for its U.S. rival, according to two sources with knowledge of the matter.