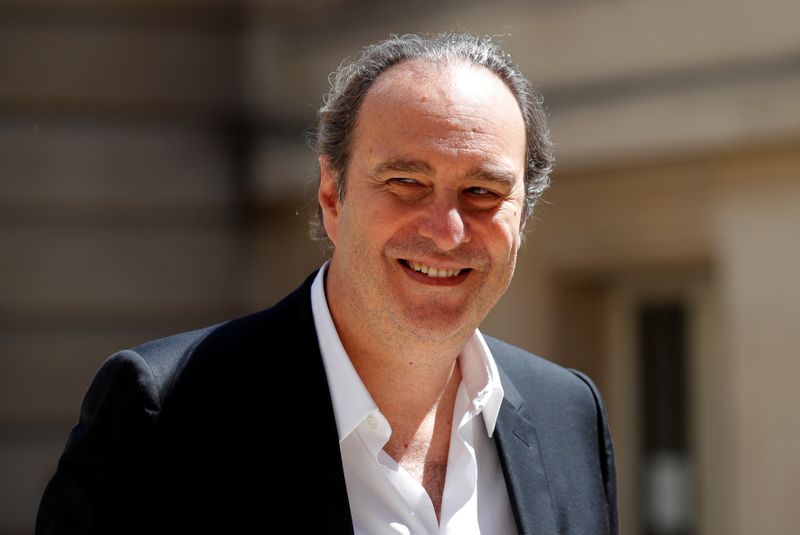 © Reuters. Arrivals at the "Tech for Good" Summit in Paris 2/2

The businessmen said in a statement on Sunday that their special purpose acquisition company (SPAC), named 2MX Organic, would initially looked to raise 250 million euros ($299 million) from investors, but this could rise to 300 million euros.

SPACs, which are more common in the United States, are shell companies that use proceeds from going public to buy another firm that has not yet been identified at the time of the listing.

Niel, best known for founding mobile operator Iliad in France, has already used the format alongside Pigasse to create French media group Mediawan, born out of the country's first ever SPAC.

This time the pair will work alongside Moez-Alexandre Zouari, who controls frozen foods company Picard Surgeles.

The businessmen said they would focus on environmentally-friendly consumer companies, such as those that source goods like food locally, a sector that is increasingly attracting shoppers across Europe.

A source close to the matter said the SPAC could target a first purchase as soon as 2021 and worth between 1.5 billion to 2 billion euros.

After listing on the Paris stock exchange, the SPAC can carry out further rounds of fundraising. The subscription period for the first offering will run between Nov. 30 and Dec. 7, and the SPAC founders said they would also invest in the vehicle, though will own no more than 29.6%.

The goal of a SPAC is to allow the target to obtain a stock market listing without going through an initial public offering.

Deutsche Bank (DE:DBKGn) and Societe Generale (OTC:SCGLY) are advising on the deal.