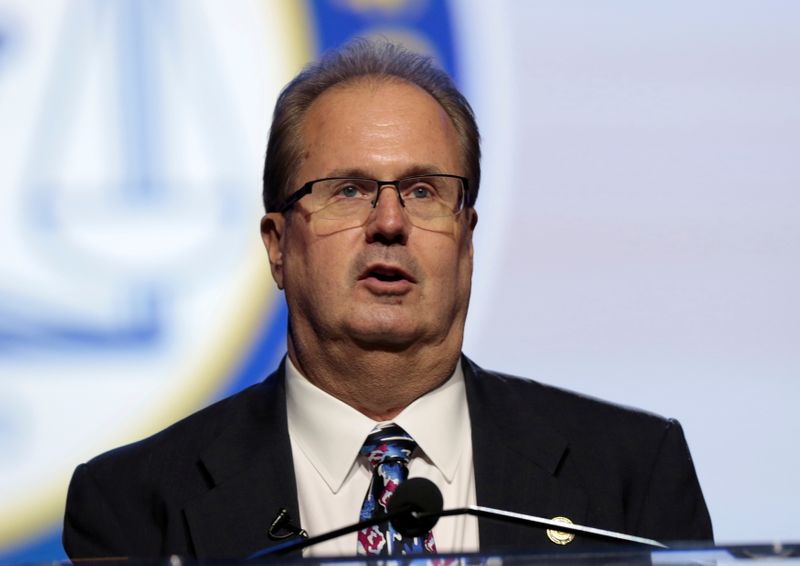 DETROIT (Reuters) -A former president of the United Auto Workers, Gary Jones, on Thursday was sentenced to 28 months in jail for embezzling union funds as part of a larger federal probe into corruption in the union.

Jones, who pleaded guilty last June to charges he embezzled more than $1 million, appeared in U.S. District Court in Detroit on Thursday. At last year’s hearing, he apologized to UAW members “for the betrayal of their trust” and asked for forgiveness.

On Thursday morning, Jones pleaded for mercy from Judge Paul Borman and again apologized to the union and its members.

“I failed the UAW,” he said. “I let my union down and I pray every day that no harm comes to the UAW.”

Jones, 63, of Corsicana, Texas, agreed to cooperate with the government in the prosecution of others, and as a result, prosecutors sought a lower prison sentence. Jones is one of 16 people convicted so far in a wide-ranging probe by the office for the U.S. attorney for the Eastern District of Michigan, which worked with current UAW leaders to reform the union.

“The working men and women of the UAW can feel that justice was done, and that their union is on the road to reform,” acting U.S. Attorney Saima Mohsin said in a statement.

In May, a former federal prosecutor was named an independent monitor to oversee the union for up to six years.

The UAW said Jones’ sentencing brings to a close a “very dark chapter” in the union’s history.

Jones’ predecessor as head of the UAW, Dennis Williams (NYSE:), pleaded guilty to embezzlement of union funds in September and was sentenced to 21 months in prison last month.

Jones, a certified public accountant, was charged with conspiracy to embezzle funds from the UAW from 2010 through September 2019, and with conspiracy to defraud the United States by failing to pay taxes on the money prosecutors charge he stole. He resigned from the union last November.