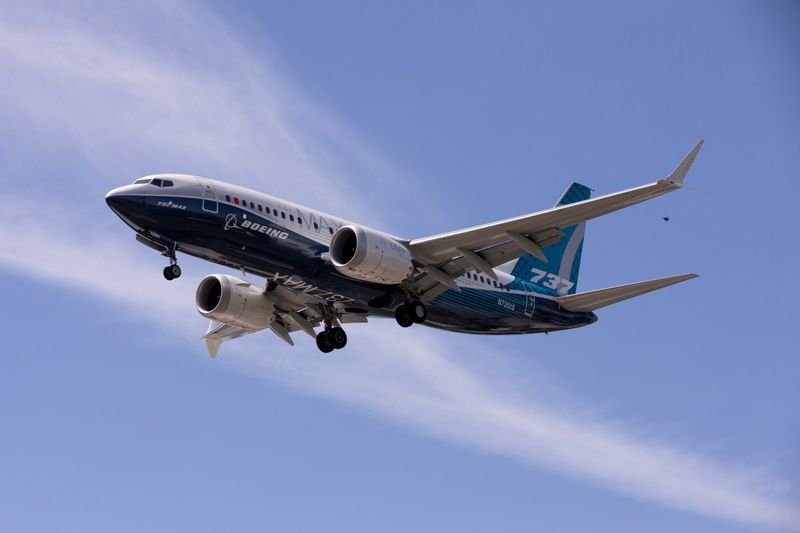 MONTREAL (Reuters) – Canada's tiny Flair Airlines, which made headlines by handing Boeing (NYSE:BA) a crucial order for 737 MAX jets last week, is forging growth plans inspired by the austerity that transformed Hungary's Wizz Air into one of Europe's largest carriers.

Former Wizz executive Stephen Jones, brought in from Europe to run Flair last year, said the Canadian company had grabbed planes at "a great price" to accelerate a relaunch based on the imported recipe of extreme cost discipline.

"In many ways, the future of Flair will be a cookie-cutter of the success of Wizz," the CEO told Reuters.

One difference? Flair is basing its growth on Boeing jets whereas Wizz shot up the rankings to become one of Airbus's biggest customers.

In both cases, jet prices were key.

Shares in Boeing rose 6% on Friday when one of Flair's main backers said it would order 24 of the troubled MAX, before leasing 13 of them to Alberta-based Flair.

The MAX is back in the air after regulators declared it safe in December, following a 20-month grounding in the wake of two fatal crashes.

But Boeing has dozens of cancelled jets in storage and is seen as aggressively chasing deals to restore confidence.

"(That) we are actually able to order them this month and have them delivered in two months' time is very unusual under normal circumstances. You may have anything up to a two or three year wait," Jones said.

"And also to get them at a great price," he added, without giving details.

The MAX sells for $122 million at list prices, but market sources say 50% discounts were common across the industry before the crisis and may now be steeper.

That comes as Flair, originally a charter airline, is in the midst of re-inventing itself as an "ultra-low-cost carrier" (ULCC). Such airlines offer even lower prices than many budget rivals but charge multiple extras.

They have made less headway in North America than in Europe, but analysts say that could change post-crisis.

With one plane now flying, Flair is moving forward this summer with domestic growth plans at a time when the Canadian aviation sector is reeling due to the pandemic.

Air traffic was hit so hard that a British Columbia airport which largely serves corporate aircraft and flight schools eclipsed Toronto's Pearson as the country's busiest airport in 2020 by aircraft movements, according to Statistics Canada.

Such upheaval is synonymous with the rise of Wizz, one of the few airlines in the world to keep taking planes during the crisis at a time when many rivals are doing the opposite.

Like former bosses at Wizz, Jones and a commercial chief also recruited from the Hungarian budget giant are betting that travel will rebound quickly as COVID-19 vaccinations ramp up.

Flair plans to bring in eight MAX jets over the summer and the remaining five before 2022. It will eventually add cross-border flights with a goal to get to 50 jets within five years.

But analysts warn the two Wizz veterans face one of the world's hardest markets for airlines. Canada has high taxes and fees, and tough travel rules, including a mandatory 14-day quarantine for arrivals during the pandemic.

"Challenger businesses are often dismissed by the incumbent," Jones said. "But piece by piece you have to prove yourself."