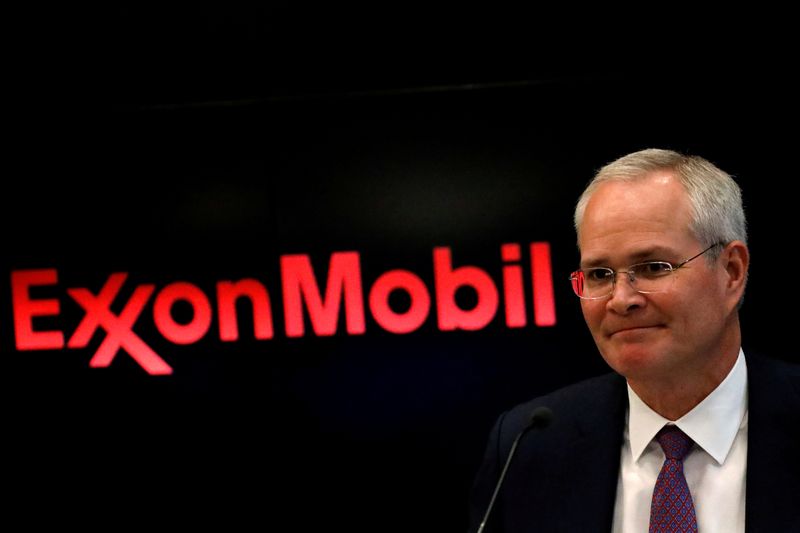 By Svea Herbst-Bayliss and Gary McWilliams

(Reuters) -A new investment firm is taking aim at one of corporate America's most iconic brands and pressing energy giant Exxon Mobil Corp (NYSE:XOM) to overhaul itself by focusing more on clean energy to improve its financial performance.

Engine No. 1 is being supported by pension fund California State Teachers' Retirement System (CalSTRS) as it pushes the battered energy company, valued at $176 billion, to spend its cash better, preserve its dividend, and refresh its board.

"The industry and the world it operates in are changing and … Exxon Mobil must change as well," Engine No. 1 wrote to Exxon's board, adding "given the company's long-running underperformance and the challenges it faces, it is time for shareholders to weigh in."

Exxon did not immediately reply to a request for comment.

The U.S. oil firm this year reversed course on a massive oil and gas expansion program, cutting 30% from its spending plan and proposing a budget next year that is $4 billion to $7 billion below its outlays this year. It also plans to reduce its workforce by 14,000 people over the next two years as losses this year reached $2.37 billion.

Engine No. 1 faces a tough road. Exxon has beaten back past activist efforts to change its climate stance and to split the roles of chairman and chief executive with increased outreach to shareholder groups.

Besides pushing Exxon to add new directors with more relevant energy industry experience to the board, the investment firm also wants Exxon to cut its costs on projects that are unlikely to be money makers, create a better plan for success in the renewable energy sector and to overhaul management compensation to better align with shareholder value creation, the letter said.

This was the first year since 1982 that Exxon has not raised its dividend and its share price has tumbled 41% in the last 52 weeks. Its $15 billion a year dividend should be cut because it drains cash that could restructure the business, some analysts said.

Engine No. 1 owns roughly $40 million worth of stock in Exxon while CalSTRS owns roughly $300 million, a person familiar with the investment said.

The campaign's success will depend largely on how Vanguard Group, BlackRock (NYSE:BLK) and State Street (NYSE:STT), the country's biggest index funds that are also Exxon's top three shareholders, react to the push for change.

BlackRock and State Street are members of Climate Action 100+, an investor group which is pressing the largest greenhouse gas emitters to take action on climate change. BlackRock this year exerted some pressure of its own on Exxon by voting against two directors and voting to split the chairman and CEO roles on the board, but the push failed.

Exxon shares were about 1% lower at $41.25 in late morning trading