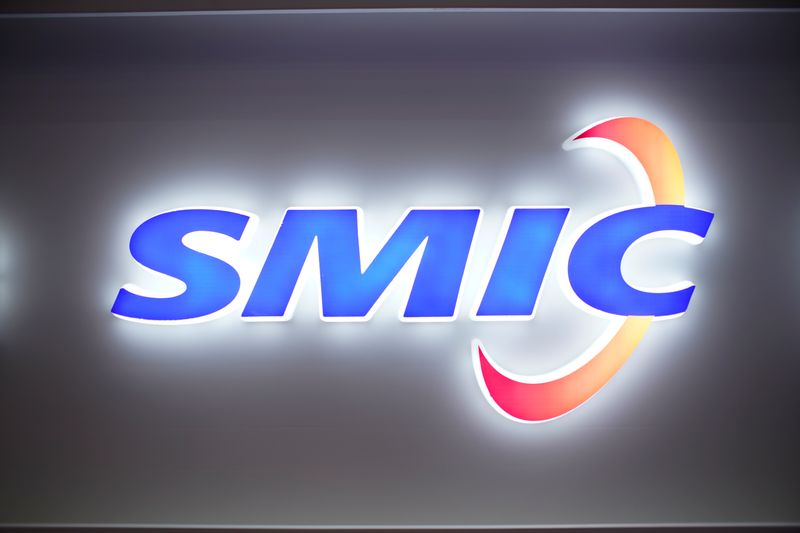 By Alexandra Alper and Humeyra Pamuk

WASHINGTON (Reuters) – The Trump administration is poised to add China's top chipmaker SMIC and national offshore oil and gas producer CNOOC (NYSE:CEO) to a blacklist of alleged Chinese military companies, according to a document and sources, curbing their access to U.S. investors and escalating tensions with Beijing weeks before President-elect Joe Biden takes office.

Reuters reported earlier this month that the Department of Defense (DOD) was planning to designate four more Chinese companies as owned or controlled by the Chinese military, bringing the number of Chinese companies affected to 35. A recent executive order issued by President Donald Trump would prevent U.S. investors from buying securities of the listed firms starting late next year.

It was not immediately clear when the new tranche, would be published in the Federal Register. But the list comprises China Construction Technology Co Ltd and China International Engineering Consulting Corp, in addition to Semiconductor Manufacturing International Corp (SMIC) and China National Offshore Oil Corp (CNOOC), according to the document and three sources.

SMIC said it continued "to engage constructively and openly with the U.S. government" and that its products and services were solely for civilian and commercial use. "The Company has no relationship with the Chinese military and does not manufacture for any military end-users or end-uses." Shares in SMIC closed 2.7% lower on Monday.

CNOOC's listed unit CNOOC Ltd , whose shares fell by almost 14% after the Reuters report, said in a stock market statement that it had inquired with its parent and learnt that it had not received any formal notice from relevant U.S. authorities.

China's foreign ministry spokeswoman Hua Chunying said, in response to a question about Washington's planned move, that China hoped the United States would not erect barriers and obstacles to cooperation and discriminate against Chinese companies.

Later on Monday, Bernstein Research downgraded CNOOC Ltd's stock to 'market perform' by applying a 30% discount to share price targets, citing sanction risks that range from a ban on U.S. funds owning CNOOC stock to prohibiting US companies from doing business with CNOOC.

The DOD and the Chinese embassy in Washington did not immediately respond to requests for comment.

SMIC, which relies heavily on equipment from U.S. suppliers, was already in Washington's crosshairs. In September, the U.S. Commerce Department informed some firms that they need to obtain a license before supplying goods and services to SMIC after concluding there was an "unacceptable risk" that equipment supplied to it could be used for military purposes.

The upcoming move, coupled with similar policies, is seen as seeking to cement outgoing Republican President Donald Trump's tough-on-China legacy and to box incoming Democrat Biden into hardline positions on Beijing amid bipartisan anti-China sentiment in Congress. The Biden campaign declined to comment.

The list is also part of a broader effort by Washington to target what it sees as Beijing's efforts to enlist corporations to harness emerging civilian technologies for military purposes.

Reuters reported last week that the Trump administration is close to declaring that 89 Chinese aerospace and other companies have military ties, restricting them from buying a range of U.S. goods and technology.

The list of "Communist Chinese Military Companies" was mandated by a 1999 law requiring the Pentagon to compile a catalog of companies "owned or controlled" by the People's Liberation Army, but DOD only complied in 2020. Giants like Hikvision, China Telecom (NYSE:CHA) and China Mobile (NYSE:CHL) were added earlier this year.

This month, the White House published an executive order, first reported by Reuters, that sought to give teeth to the list by prohibiting U.S. investors from buying securities of the blacklisted companies from November 2021.

The directive is unlikely to deal the firms a serious blow, experts said, due to its limited scope, uncertainty about the stance of the Biden administration and already-scant holdings by U.S. funds.

Still, combined with other measures, it deepens a rift between Washington and Beijing, already at loggerheads over the China's handling of the coronavirus and its crackdown on Hong Kong.

Congress and the administration have sought increasingly to curb the U.S. market access of Chinese companies that do not comply with rules faced by American rivals, even if that means antagonizing Wall Street.