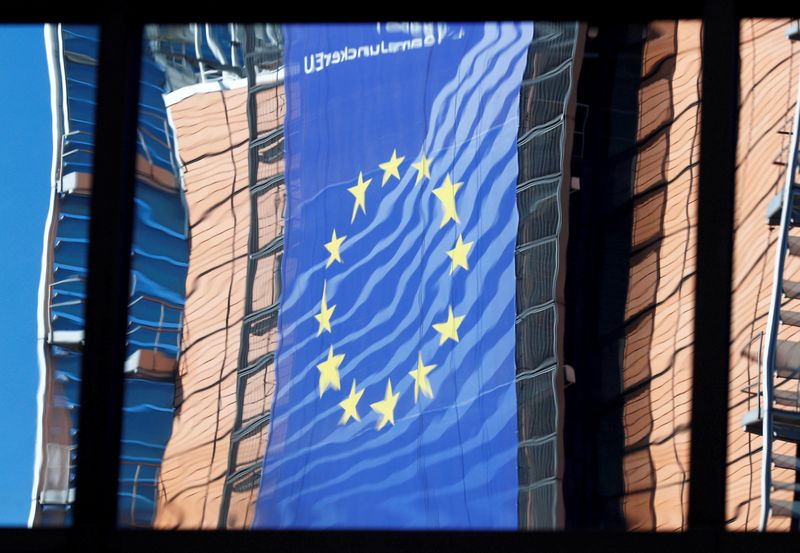 © Reuters. FILE PHOTO: The facade of the EU Commission headquarters is reflected in the windows of the EU Council building in Brussels

By Simon Jessop and Kate Abnett

LONDON/BRUSSELS (Reuters) – Europe's banks are not integrating climate change and other sustainability concerns into their risk management systems as quickly as regulators expect, a study by BlackRock (NYSE:BLK) for the European Union showed on Monday.

In an interim report, BlackRock said it had analysed feedback from the region's lenders and found most were only just starting to reflect environmental, social and governance (ESG) related risks in their internal processes.

A final report, which will be used by Brussels to help develop new regulations, is due by April next year.

"Feedback from participants in the study suggests that most banks are … far from expectations from regulatory guidance, international standards such as TCFD and civil society organisations", the report said.

"This includes significant gaps in definition of ESG risks, integration in governance and strategy, development of processes and tools and adequate disclosures," it said.

The TCFD (Task Force on Climate-related Financial Disclosures) was created in 2015 by the Financial Stability Board, an international body set up in 2009 during the global financial crisis to monitor the world's financial system.

The report also found that only a few regulators provide guidance to banks on ESG risks or reflect it in their oversight processes, such as through climate-related stress tests.

While some banks have begun to launch ESG-related products and make commitments to meet the terms of the Paris Agreement on climate, the report said that in the view of many civil society organisations, efforts so far fell short.

"The Commission is committed to transparency. As promised, we published BlackRock's interim report today," a European Commission spokesman said. "This report is only a preliminary analysis of data collected so far. The final report is to be submitted to the Commission at a later stage."

The EU's appointment in April of the world's biggest asset manager to help it plan future prudential regulations has raised concerns about conflicts of interest.

While the bloc's Ombudswoman said last month that the Commission had failed to consider such conflicts properly, she did not cancel the contract.