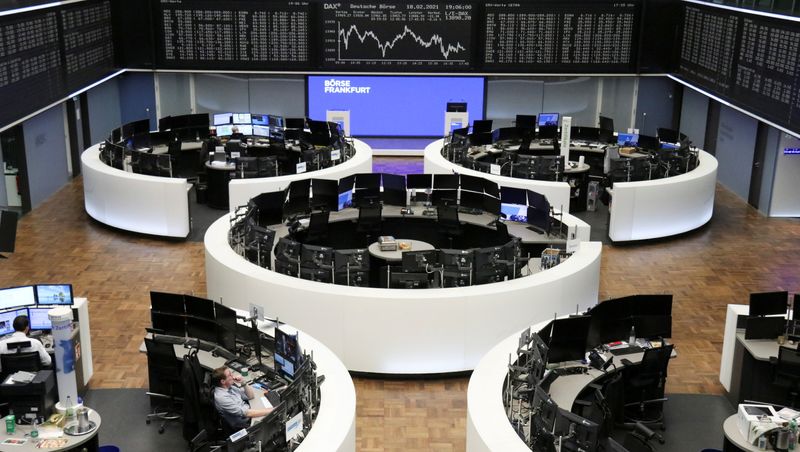 (Reuters) – European shares edged higher on Friday as an upbeat earnings report from Hermes boosted confidence in a broader economic recovery, although the benchmark STOXX 600 was set to snap a two-week gaining streak on concerns about a rise in inflation.

The pan-European index was up 0.1% by 0808 GMT, with Hermes shares jumping 5.7% as the Birkin bag maker said sales recovered sharply in the fourth quarter.

The stock was among the biggest gainers on the STOXX 600 and helped lift the European personal goods index by 0.7%.

Still, the STOXX 600 was set to end the week nearly flat following three straight sessions of declines as optimism around a better-than-expected earnings season gave way to fears that rising inflation could lead central banks to start tapering a raft of stimulus packages.

All eyes later in the day will be on flash readings of business activity data from across the euro zone.