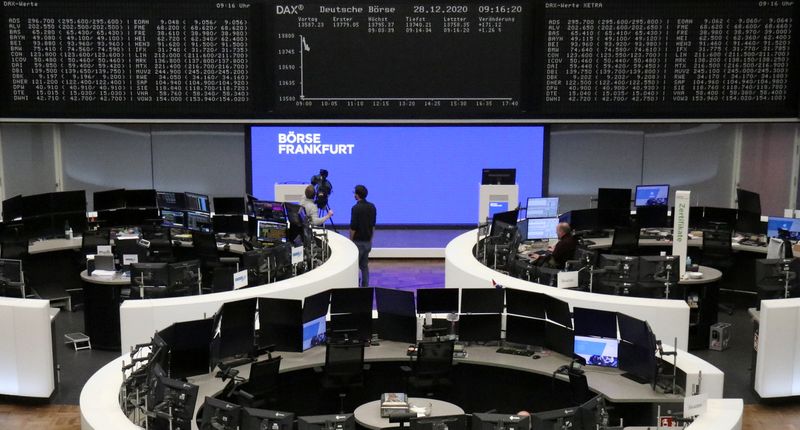 U.S. President Donald Trump on Sunday signed into law a $2.3 trillion pandemic aid and spending package, restoring unemployment benefits to millions of Americans and averting a federal government shutdown in a crisis of his own making.

The benchmark European stock index jumped 0.5%, with automakers and energy stocks gaining the most.

Also supporting sentiment was Europe's cross-border vaccination programme launched on Sunday, fuelling hopes of a pandemic-free second half of 2021 and of a strong economic rebound.

Britain signed the Brexit trade deal late on Thursday, just seven days before it exits one of the world's biggest trading blocs.

London markets were shut for the Boxing Day holiday, meanwhile trading volumes are expected to be light in European stocks in another holiday shortened week.