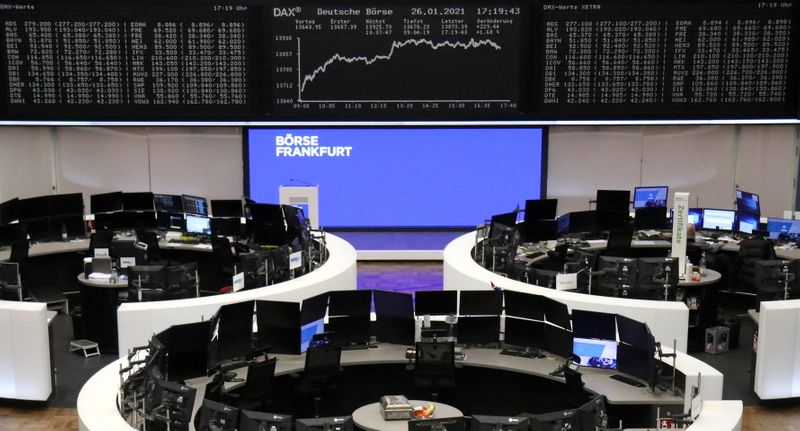 (Reuters) – European stocks edged lower on Friday, on track to end the second straight week of gains, as investors awaited more signs of progress in U.S. stimulus measures, while a rise in shares of ASML and ING kept declines in check.

The pan-European STOXX 600 index dipped 0.1%, after having gained nearly 4% so far this month.

ASML Holding (NASDAQ:ASML) NV rose 1.5% after the Dutch equipment maker said chip shortages slowing car production were a symptom of broader increased demand that is placing strains on suppliers across the semiconductor sector.

European technology stocks were 0.4% higher, among the few sectors in positive territory in early trading.

Market participants were hopeful that a proposed $1.9 trillion U.S. stimulus bill would be passed soon by lawmakers, with data showing a stalling recovery in the U.S. labour market strengthening the case for it. [MKTS/GLOB]

Stocks Bounce Off The Lows, Time...

BP Is On A Bullish Trend...

This article was written...

Stocks Bounce Off The Lows, Time To Buy?

BP Is On A Bullish Trend Since October...

Stocks Bounce Off The Lows, Time...

BP Is On A Bullish Trend...