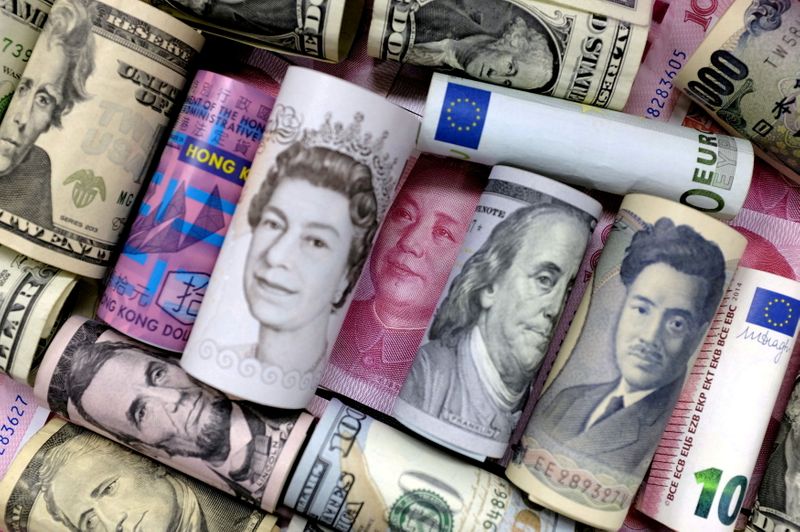 London (Reuters) – The dollar edged up on Wednesday as euro-dollar volatility hit the highest level of the year in response to worries about the Omicron variant, while the dollar found support in renewed expectations for interest rates hikes.

The rose 0.03% to 95.997 at 0920 GMT, after it registered its strongest month since June, despite volatility triggered by Omicron.

Euro/dollar volatility levels have reached the highest level this year with the euro climbing to a two-week high on Tuesday, before losing ground as the dollar strengthened.

“Realised one-month volatility has spiked to the highest levels of the year as fears over Omicron, but hawkish comments from Fed Chair Powell throws the dollar around,” ING told clients.

Federal Reserve chair Jerome Powell signalled the central bank may speed up the pace of its bond-buying taper at its meeting later this month. He also told lawmakers it was time to retire his description of price pressures as transitory.

“This means that the Fed sees inflation not only temporarily, but in the long term at an elevated level, which in turn implies interest rate hikes by the Fed,” said Moritz Paysen, FX trader at Berenberg.

On Tuesday, a warning from drugmaker Moderna (NASDAQ:) that existing vaccines are unlikely to be as effective against the Omicron variant as they are against other strains, led to a surge of interest in safer assets.

Later, BioNTech’s chief executive struck a cautiously positive note, saying the vaccine it makes in a partnership with Pfizer (NYSE:) would likely offer strong protection against severe disease from Omicron.

Sterling, considered a risk currency, edged up 0.15% to $1.3318 in early London trading, after falling to its lowest level since December in the previous day, reflecting concern over whether vaccine will work against the Omicron variant.

The Australian and New Zealand dollars also made gains, carrying them up from one-year lows, after losses last week and on Tuesday. The bought $0.7148 and the $0.6844.

The , a beacon of resilience in a turbulent few days, touched a six-month high of 6.3596 per dollar after better-than-expected manufacturing data from November.