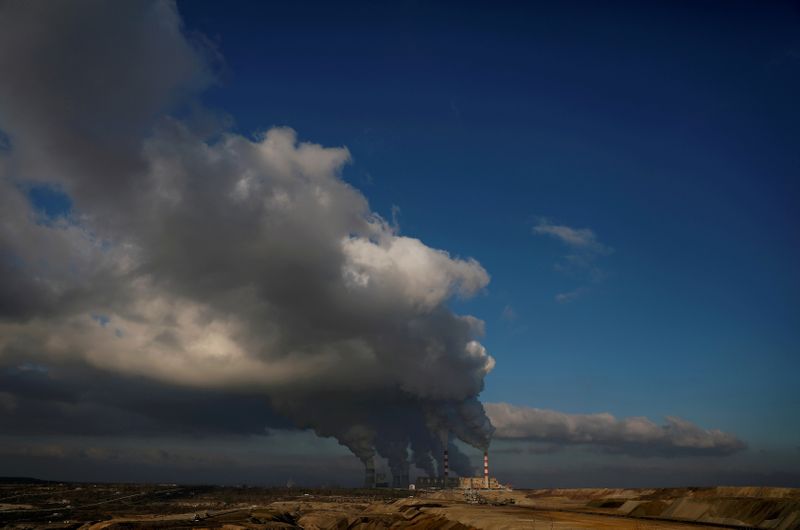 By Simon Jessop and Kate Abnett

LONDON/BRUSSELS (Reuters) – A European Union plan to label polluting activities as "unsustainable" is facing resistance from some leading finance firms, amid concerns it could prevent investment getting to companies trying to clean up their act.

The EU's executive Commission last month proposed rules for what can be called a green investment, under its so-called sustainable finance taxonomy which aims to steer money to companies and projects that will help the EU meet its climate goals.

But a parallel plan is proving more contentious – as the Commission considers whether to create a list of polluting activities such as coal mining and force providers of financial products to flag them as "unsustainable" investments.

Brussels will assess the move based on upcoming recommendations from its advisers and the results of a consultation, which the Commission is "still analysing", a spokesperson said.

Of the 161 responses to that consultation from respondents in the financial sector that specifically addressed the issue, 54% supported the "unsustainable" taxonomy plan and 46% opposed it, according to analysis by NGO Reclaim Finance, shared with Reuters.

While a majority of financial authorities such as the European Central Bank backed the idea, many of the region's biggest financial sector groups such as trade bodies opposed it. Service providers were split on the issue.

Reclaim Finance, which supports the creation of an "unsustainable" taxonomy, said the pushback was inconsistent with some financial institutions' claims to be leaders in efforts to limit global warming.

Several opponents of the plan said the EU should focus on promoting investment in climate-friendly activities, rather than penalising polluters. Others said the sustainable taxonomy already created a defacto polluters list of those activities or companies that fail to get a green label.

Some were also concerned that labelling activities as unsustainable would cut off funding to companies that need cash to retool their business models.

Henrik Pontzen, Head of ESG at Union Investment, said a simple distinction between green activities and those harming the planet overlooked the need for investors to engage with companies seeking to become cleaner.

"It is precisely through the critical dialogue on such initiatives and our voting behaviour that we can accompany companies on their transformation path much better than by simply excluding them," he told Reuters.

In its reply to the consultation, Deutsche Bank (DE:DBKGn) said an unsustainable taxonomy could have "destabilising" knock-on effects.

"A green taxonomy is (the) best tool to identify appropriate signals where and how to shift industry sectors at the lowest social and economic cost, which will lead to a shift in financing portfolios," it said.

Markus Mueller, Head of the Chief Investment Office of the International Private Bank at Deutsche Bank, told Reuters that quickly imposing multiple regulations could make it harder to get the industry "buy-in" needed to make the taxonomy a success.

Others expressed concern that an extra EU taxonomy could overwhelm industry – given that the first sections of the green taxonomy include 500 pages of technical information.

Tycho Sneyers, Managing Partner at LGT Capital Partners, said he was a "big believer" in identifying the activities that negatively impact the bloc's climate-related objectives, but regulation needed to be manageable.

"We're a mid-size asset manager and it's causing an enormous amount of work for us, but if you're a smaller asset manager how can you cope with this? That’s not an easy one."

Mirova said in its consultation response that regulation is needed to deter polluting investments, given the current "slow pace of financial flows" out of climate-harmful activities.