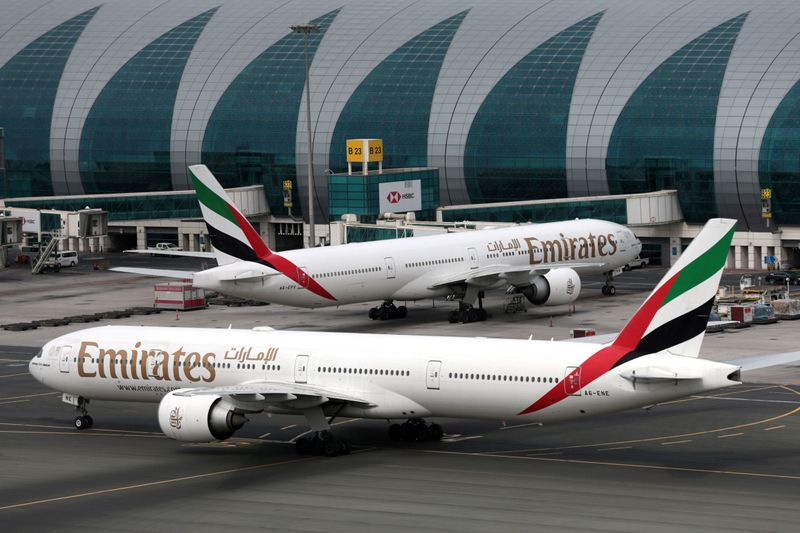 DUBAI (Reuters) – Dubai Airports' chief executive warned on Monday it would be another tough year for the Middle East's busiest hub, Dubai International, after passenger numbers slid 70% in 2020.

The airport, the base for airline Emirates and a major source of income for Dubai, handled 25.9 million passengers last year, mostly in the first quarter before the COVID-19 pandemic struck.

"We are planning for it to be a tough year. That's undoubtedly the case … anyone that doesn't think it's going to be a tough year has clearly not being observing what's been going on," chief executive Paul Griffiths told Reuters.

Aviation executives and analysts expect it will take years for the industry to recover, with international travel restrictions continuing to cripple global demand.

Griffiths, who has run state operator Dubai Airports since 2007, said he was optimistic travel demand would increase as vaccine rollouts gathered pace globally.

That could see Dubai airport handle more passengers this year than in 2020, though he cautioned it would be a "long time" before the airport returns to pre-pandemic figures. "Intercontinental travel will continue to be a challenge."

Dubai was the world's fourth-busiest airport in 2019, according to industry group Airports Council International.

Last year's 25.9 million passengers would not have qualified for the top 20 airports by passengers in 2019.

Unlike many other regions, Dubai and the wider United Arab Emirates has no scheduled domestic flight network to cushion against the downturn in international travel.

There has been no unified global approach to tackling the deadly pandemic that has killed over 2.5 million.

That, compounded with fears of contracting the virus, has crippled the travel industry as countries have closed borders and imposed tough entry restrictions.

Griffiths said countries should move to a "secure risk management" strategy as opposed to "risk avoidance" where tough measures have been focused on eliminating the virus.

(This story corrects to add dropped article "a" in last paragraph)