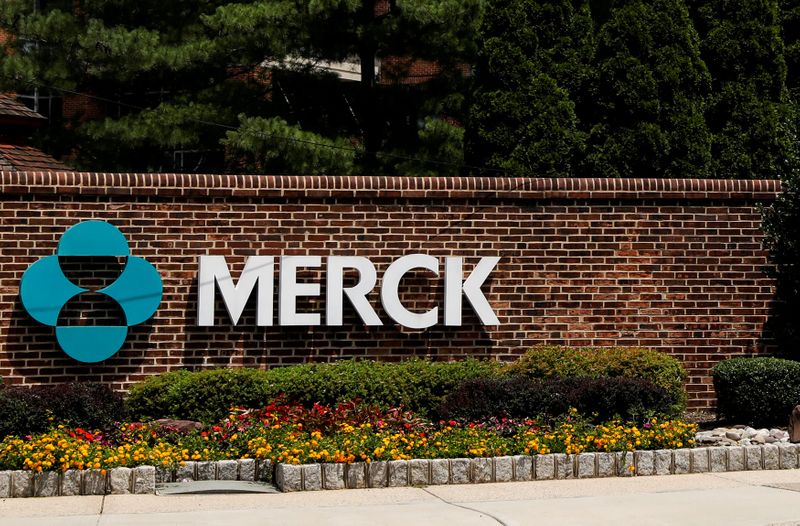 © Reuters. FILE PHOTO: The Merck logo is seen at a gate to the Merck & Co campus in Linden, New Jersey

(Reuters) – U.S. drugmaker Merck & Co said on Wednesday it has sold its equity investment in Moderna (NASDAQ:MRNA) Inc, after benefiting from a surge in the stock price of the vaccine developer this year.

Merck did not disclose the details of the sale proceeds, but said it expects to record a small gain from the sale in the fourth quarter of 2020. (https://

Moderna's shares have risen more than seven-fold this year, valuing the company at $55.80 billion as of Tuesday's closing price.

Moderna is one of the front-runners in the race to develop a coronavirus vaccine, and on Monday filed for U.S. emergency use authorization of its vaccine.

Merck, which had invested $50 million in Moderna in 2015, said it would retain exposure to the company indirectly through its investment in venture funds.