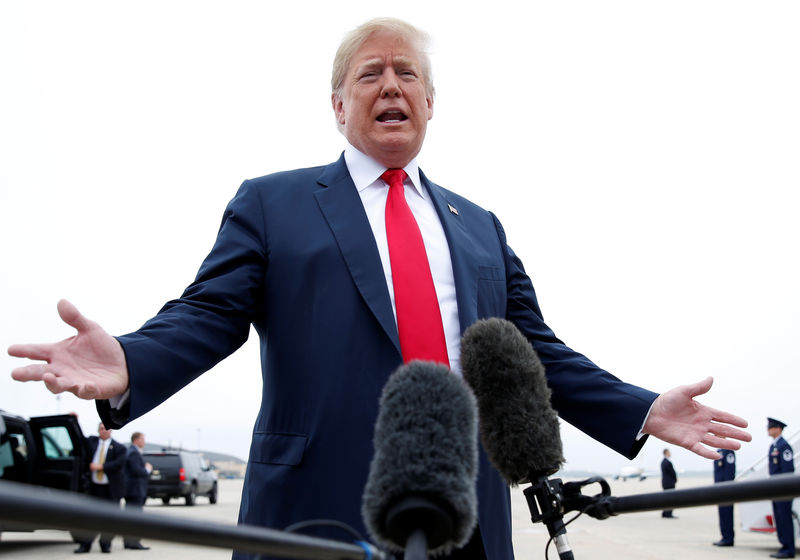 Investing.com – The Dow soared to an all-time high on Monday, as President Donald Trump signed off on the $900 billion stimulus bill, averting a government shutdown and giving the economic recovery a much-needed boost.

Trump had threatened to delay signing the relief package after demanding that Congress amend the bill to boost direct payments to $2,000 from $600 a week to support unemployed Americans.

The House will vote Monday on a bill to boost direct payments to $2,000, but even if it passes, it is unlikely to be successful in the GOP-controlled Senate.

The stimulus package is expected to cushion the hit to the economic recovery from restrictions across the country amid efforts to contain the spread of the virus.

"And the reason I’m concerned and my colleagues in public health are concerned also is that we very well might see a post-seasonal, in the sense of Christmas, New Year’s, surge, and, as I have described it, as a surge upon a surge, because, if you look at the slope, the incline of cases that we have experienced as we have gone into the late fall and soon-to-be-early winter, it is really quite troubling," top U.S. infectious disease expert Dr Anthorny Fauci said Sunday on CNN.

AstraZeneca (NASDAQ:AZN)'s vaccine is expected to get the regulatory nod from UK health authorities later this week, while Novavax 's (NASDAQ:NVAX) vaccine candidate got late-stage clinical trials underway in the U.S. and Mexico.

Travel-related sectors were boosted by the positive stimulus and vaccine news, with airlines, cruise lines, and casino stocks higher.

Tech also powered ahead as the Fab 5 stocks continued to rack up gains.

Chinese tech giant Alibaba (NYSE:BABA) cut losses to turn positive after raising its share buyback program to $10 billion from $6 billion amid an ongoing probe from Chinese regulators into the company over allegation of monopolistic practices.

In other news, JPMorgan (NYSE:JPM) is set acquire CxLoyalty's credit card rewards and travel business to take advantage of an expected rebound in travel demand next year, CNBC reported.