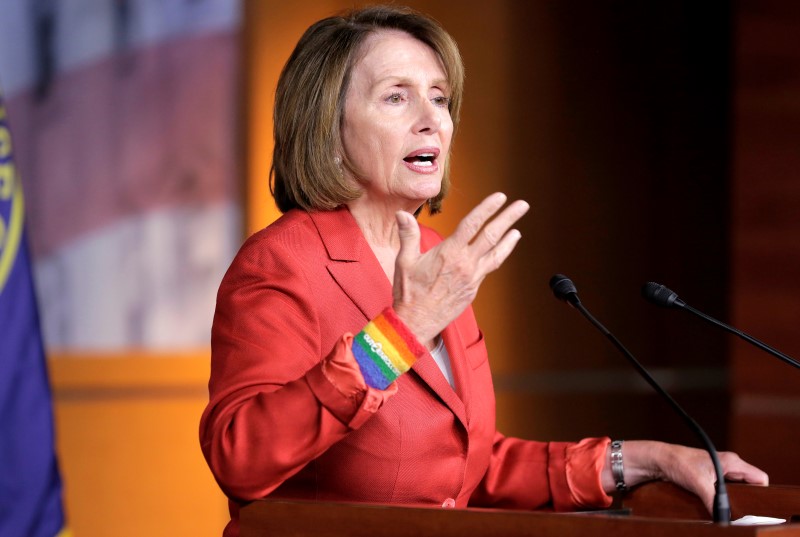 Investing.com – The Dow climbed to an intraday record Friday, as traders bet a wobble in the jobs market will force U.S. lawmakers to roll out a fiscal relief package sooner rather than later.

"Today's data underscore the urgent need for additional policy support. Fiscal authorities are clearly better equipped to offer relief, and recent developments are encouraging. If Congress fails to deliver next week, we would expect the Fed to step in. Either way, help is on the way," Jefferies (NYSE:JEF) said in a note.

House Speaker Nancy Pelosi said Friday she held talks with Senate Majority Mitch McConnell about adding the new bipartisan $908 billion coronavirus relief legislation to a government funding omnibus, which must pass within the next week.

A day earlier, McConnell said a compromise was “within reach” on a bipartisan Covid-19 relief package.

Value stocks – those linked to the progress of the economy – were in demand as financials, industrials and energy climbed, with the latter pushed higher by rising oil prices.

Energy jumped more than 3% after OPEC and Russia agreed to raise production by 500,000 barrels per day from January, sending oil prices up more than 1% as investors bet on further tapering of production cuts ahead.

“This is a slower ramp-up than the previously planned 1.9 mb/d January increase … OPEC+ was able to clear the important hurdle of exiting its current cuts in a coordinated way, strongly reducing the tail risk of an OPEC+ taper tantrum,” Goldman Sachs (NYSE:GS) said.

Occidental Petroleum (NYSE:OXY), EOG Resources (NYSE:EOG), and Diamondback Energy Inc (NASDAQ:FANG) were among the biggest gainers, with the latter up 12%.

Other value sectors of the market that are also sensitive to the economy like financials, industrials, and materials also racked up gains, pushing the broader market higher.

In tech, DocuSign (NASDAQ:DOCU) and Cloudera (NYSE:CLDR) climbed sharply, up 5% and 8% respectively, on better-than-expected quarterly reports.

“These supply challenges are currently limiting our ability to fully satisfy the increase in demand for some of our networking products,” the company said