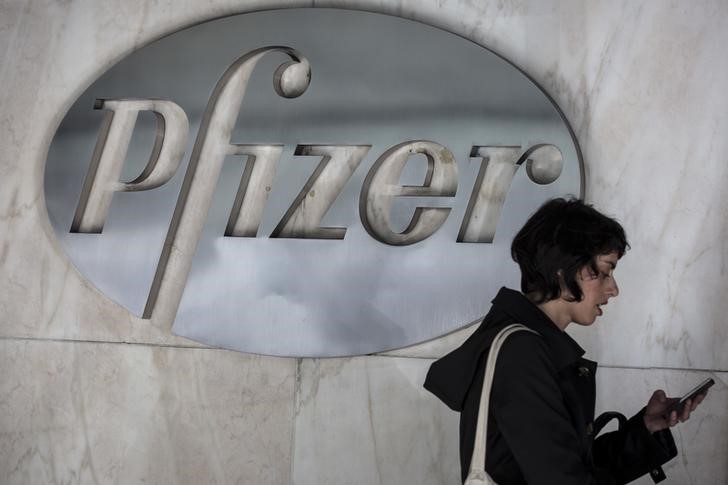 Investing.com – The Dow pared gains into the close on Thursday even as Pfizer halved the number of Covid-19 vaccine doses it plans to ship out this year, denting investor optimism on a faster return to normal for global economies.

Pfizer said it expects to ship half the doses of its Covid-19 vaccine, developed in partnership with BioNTech SE (NASDAQ:BNTX, as raw materials used in early production of the vaccine were not up to standard, the Wall Street Journal reported, citing unknown sources. Pfizer (NYSE:PFE) ended nearly 2% lower. The company said it expects to ship about 50 million doses this year, cooling hopes of a sooner rather than later vaccine widespread rollout that is needed to reopen economies worldwide.

The negative vaccine news offset a rise in major dow component Boeing (NYSE:BA), up about 6%, after Ryanair placed an order for 75 additional 737 MAX airplanes, increasing its order book to 210 jets.

The road to redemption for Boeing 737 Max's will continue as other airlines have pledged to fly the jets again.

American Airlines Group (NASDAQ:AAL) said it will fly the Max jets at the end of the year. Southwest Airlines (NYSE:LUV) will fly the planes in the second quarter.

Sentiment on stocks was also swayed by the latest developments on stimulus. House Speaker Nancy Pelosi and Senate Majority Leader Mitch McConnell on Thursday discussed a coronavirus relief deal and measures to avoid a government shutdown. Energy enjoyed runaway gains, spurred by surging oil prices after the major produces tapered production cuts by 500,000 barrels per day to 7.2 million barrels a day. It was less than the expected 1.9 million barrels taper expected.

In tech, Snowflake (NYSE:SNOW) jumped 16% after its third-quarter results prompted a slew of upgrades from Wall Street analysts.

"The company continues to execute on the longer-term opportunity, with little to no impact from COVID. We’re impressed by customers’ embracing the broader data cloud platform…" Credit Suisse (SIX:CSGN) said in a note after upgrading its price target on the stock to $265 from $250.

On the economic front, jobless claims fell for the first time in two weeks data. But Jefferies (NYSE:JEF) said the decline this week is "encouraging, but also difficult to trust."

In other news, Tesla (NASDAQ:TSLA) jumped 4% after Goldman Sachs (NYSE:GS) hiked its price target on Tesla to $780 from $355 on signs of faster electric vehicles adoption.