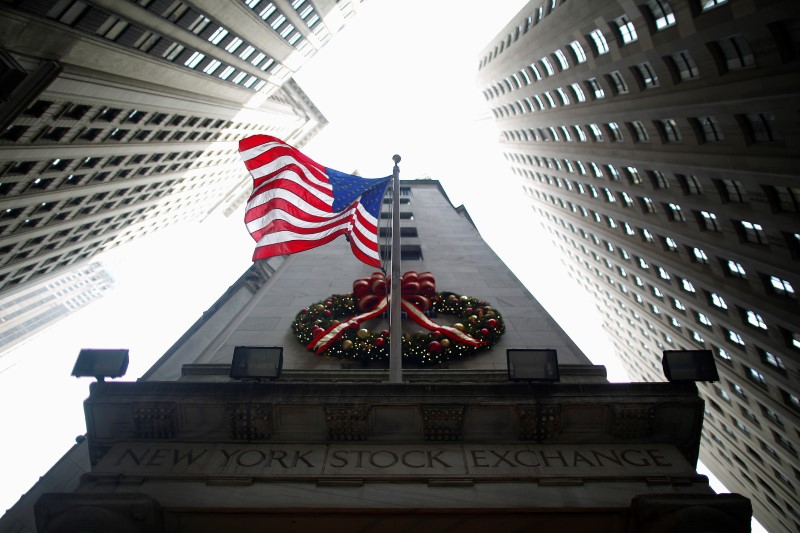 Investing.com — The Dow closed higher after a shortened session on Christmas eve, with tech stocks gaining as the long-awaited stimulus is delayed.

Republicans and Democrats in the U.S. House of Representatives blocked attempts to alter a $2.3 trillion aid and government spending package, which was unanimously passed by Congress on Monday. Democrats aimed for quick passage of legislation providing $2,000 in direct payments to Americans after President Donald Trump unexpectedly insisted on the provision.

Things were more productive on the other side of the pond, with the UK and EU finally hammering out a Brexit deal, years later and moments before the deadline.

Financials, industrials and energy stocks were the worst performers, while technology was the best, with the exception of Alibaba (NYSE:BABA), which slumped 13% after China said it is investigating the company for anticompetitive practices. Shares are down 30% since hitting all-time high in October. Alibaba, built by billionaire Jack Ma, said it will cooperate with regulators.

Markets closed at 1:00 PM ET on Thursday and will be closed for Christmas holiday on Friday. See you Monday!

Reuters contributed to this report.