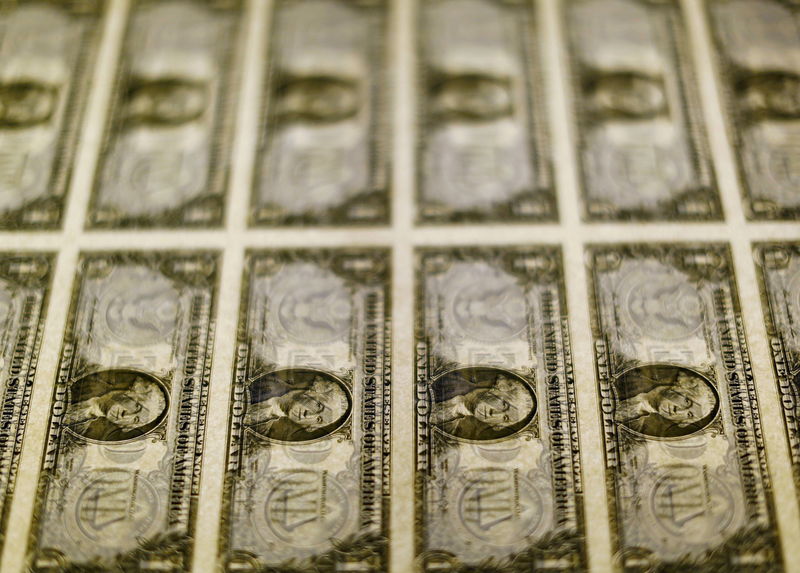 Sentiment for the dollar has improved of late, helped by the promise of additional fiscal stimulus by new U.S. President Joe Biden, his focus on making progress with coronavirus vaccinations, as well improving economic data.

Treasury yields have started to rise, with the 10-yr Treasury note’s yield up 0.9% early Thursday, on the implication of additional borrowing to fund the stimulus.

Additionally, U.S. economic data have improved of late, with Wednesday’s ADP data showing the country’s private sector added a net 174,000 jobs in the month through mid-January, bouncing back strongly from its lockdown-related blues.

This brings the weekly initial claims data, due later Thursday, and more specifically Friday’s official employment report firmly into focus to see whether these confirm the rebound in the U.S. labor market.

“We're increasingly confident that growth in the U.S. could top 5 percent this year,” said ING analyst James Knightley, in a research note, “ which is some much needed good news for the rest of the world.”

This has put the U.S. Federal Reserve’s accommodative monetary stance firmly in focus, with traders beginning to wonder when the central bank will start to tighten policy.

Elsewhere, GBP/USD fell 0.4% to 1.3588 ahead of a Bank of England policy meeting that will publish findings on the feasibility of negative interest rates.

“The rapid vaccine rollout and the corresponding likelihood of a spring recovery has taken the pressure off the Bank of England to offer further stimulus,” analysts at ING added. “Policymakers will be careful not to shut the door on negative rates, but we don't expect further rate cuts this cycle.”