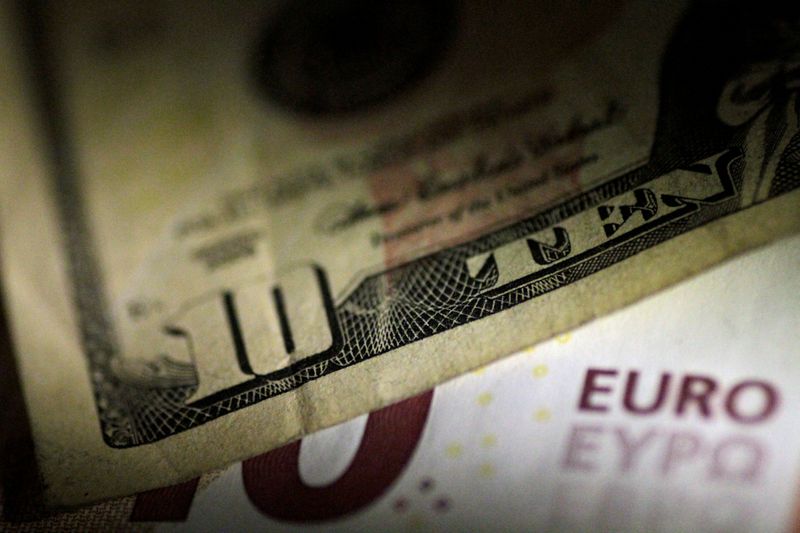 The euro sank the most in 2-1/2 weeks on Monday after data showed German retail sales plunged by more than forecast in December, with the continent still struggling with vaccine rollouts.

The dollar gained even as stocks rallied globally, bucking a recent trend for the U.S. currency to decline when risk appetite improves.

Commonwealth Bank of Australia (OTC:CMWAY) currency analyst Joseph Capurso said the blip in the correlation came down to the euro, and market sentiment would continue to drive the dollar's direction near-term.

"When people think about selling euros, invariably you get some buying of dollars, because the euro-dollar exchange rate is easily the most liquid in the world," he said.

On the whole, global markets remain wary with institutional investors trying to get to grips with the retail trading frenzy that boosted GameStop Corp (NYSE:GME) and other so-called meme stocks in recent sessions despite no change in their fundamentals.

The dollar index eased a touch by 0.1% to 90.87 on Tuesday, amid further gains for Asian stocks.

The dollar index has been largely tracking a tight range recent weeks, after bouncing from a nearly three-year low of 89.206 at the start of the year.

Investors are trying to evaluate whether an almost 7% selloff in 2020 — driven by expectations of a global pandemic recovery amid massive fiscal spending and continued ultra-easy monetary policy — is likely to continue.

Hopes for a speedy U.S. recovery got a boost as Democrats filed a $1.9 trillion budget measure in a step toward bypassing Republicans on President Joe Biden's massive COVID relief package, even as a group of Republican senators visited the White House to discuss a $618 billion alternative plan.

The dollar pulled back 0.1% to 104.875 yen after crossing 105 overnight for the first time since mid-November.

The Reserve Bank of Australia decides on policy Tuesday, with no change expected.