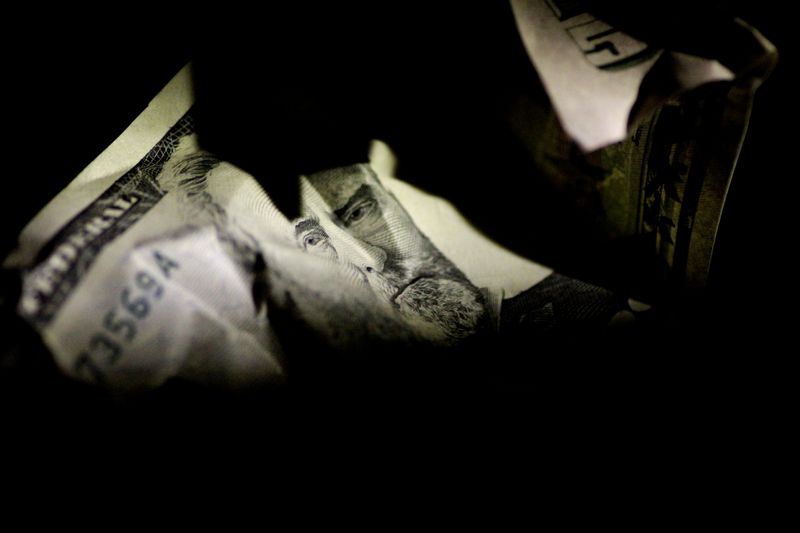 TOKYO (Reuters) – The dollar stayed near a 2 1/2-year low on Wednesday as investors cautiously eyed developments in talks about further fiscal stimulus from the United States, while risk currencies held onto gains on improving risk appetite.

The Euro and the Kiwi steadied after an overnight jump to their 2 1/2-year highs as the dollar broadly weakened.

U.S. Treasury Secretary Steve Mnuchin and House of Representatives Speaker Nancy Pelosi held stimulus talks for the first time since the election, while a bipartisan group of senators and House members proposed $908 billion worth of coronavirus relief measures.

Pelosi said in a statement after the talks that Mnuchin would review coronavirus relief proposals.

U.S. Senate leader Mitch McConnell said on Tuesday that Congress should include a fresh wave of coronavirus stimulus in a must-pass $1.4 trillion spending bill aimed at heading off a government shutdown in the midst of a pandemic.

"The currency market is sceptical whether these proposals could be agreed in a swift manner, since hopes were shattered once already when a stimulus package didn’t come into fruition before the presidential election," said Masafumi Yamamoto, chief currency strategist at Mizuho Securities.

"Traders are closely eyeing for convincing clues that the agreement is actually reached," he said.

Also weighing the safe-haven dollar was weaker-than-expected U.S. manufacturing activity data and speculation that the Federal Reserve will act to support the economy before vaccinations become available.

Fed Chair Jerome Powell and Mnuchin urged Congress to provide more help for small businesses amid a surging coronavirus pandemic and concern that relief from a vaccine may not arrive in time to keep them from failing.

The euro held ground against the dollar after its strong performance overnight as it hit the highest level since May 2018. It last fetched $1.2067. Analysts said the European Central Bank could act against a rapid rise of the currency.

Sterling also remained near a three-month peak against the greenback after Times Radio said Brexit trade deal talks have entered the "tunnel" stage of negotiations.

Separately, a senior British minister said on Tuesday there was still a chance of a no-trade deal Brexit as talks with the European Union had snagged on fishing, governance rules and dispute resolution.

The risk-sensitive Aussie firmed to 0.7389 per dollar after the Australian GDP data was released, while the New Zealand dollar changed hands at $0.7071, holding steady near the highest level since April 2018 hit overnight..