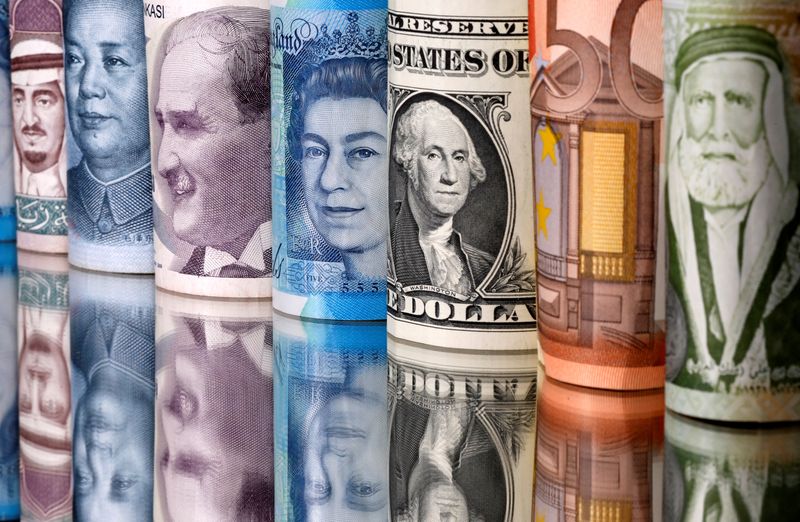 He told reporters there was “quite a bit of room to raise interest rates without threatening the labour market” and said the Fed was of a mind to begin lifting rates in March.

The dollar leapt 0.7% against the yen in the wake of the Fed’s decision and Powell’s remarks, its steepest daily jump in more than two months as the prospect of imminent hikes spooked stock markets and drove bond yields higher.

The yen inched a fraction lower to 114.74 per dollar early in the Asia session.

Sterling and the Australian dollars also dropped with the mood and the New Zealand dollar fell to its lowest since Nov. 2020.

“While communication from Fed members in the lead-up to this meeting meant that the pivot should not have been a surprise, risk appetite shrivelled as Powell’s press conference progressed and the extent of the Fed’s commitment to act in the face of significant inflation pressure became clear,” said ANZ analysts.

The Australian dollar fell close to its 2022 low in the overnight session before recovering a little to $0.7119. The posted a fifth consecutive daily loss to touch $0.6639. Both Antipodeans steadied in early trade. [AUD/]

Sterling is hovering at $1.3469 as investors await a Bank of England meeting next week and have an eye on the political turmoil enveloping Prime Minister Boris Johnson, who is under pressure after attending parties during lockdowns.

On Thursday, data showed New Zealand inflation a little hotter than forecast and running at a three-decade high.

Chinese industrial profits data is due later in the day, as well as U.S. economic growth and jobless claims figures.

After a battering last week, cryptocurrencies held their ground in the wake of the Fed’s meeting and bitcoin last bought $35,869.