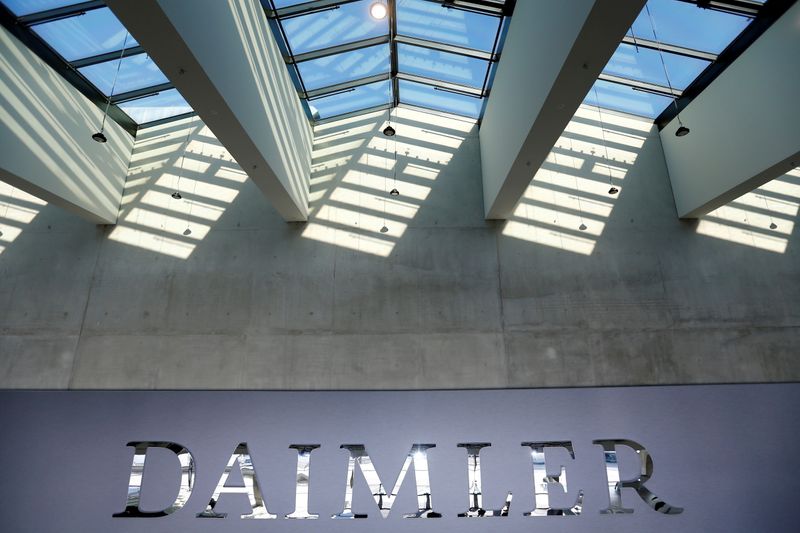 © Reuters. FILE PHOTO: The Daimler logo is seen before the carmaker's annual shareholder meeting in Berlin

FRANKFURT (Reuters) – Daimler (OTC:) Trucks, which is being spun off by its parent group later this year, should invest much of a 1.5 billion euro ($1.8 billion) fund for cleaner technologies in Germany, works council chief Michael Brecht said on Saturday.

Daimler announced the fund on Feb. 3 alongside plans to spin off the world's largest truck and bus maker, as it seeks to increase its appeal to investors as a focused electric, luxury cars business.

Daimler Trucks has operations around the world and last April announced a fuel joint venture with Sweden's Volvo Trucks.

In an interview with the Stuttgarter Zeitung newspaper, Brecht was asked how the German staff he represents would benefit from the fund.

"We will develop proposals for new projects for individual sites, with which we can support additional employment and the change to new drive technologies," he replied.

Asked whether the money could be used for investments such as U.S. autonomous driving software start-ups, Brecht said: "The money is not for any old acquisitions."

As for potential spending in Sweden for the Volvo venture, he said: "The fuel cell drive system will have to be produced at one of our (German) sites. There is no doubt about that."

Daimler Trucks chief executive Martin Daum told Reuters on Tuesday that a full line of zero-emission commercial vehicles could be ready by 2027, but deploying them needed fresh investments. He also highlighted growth opportunities in China, India and other markets such as Indonesia.