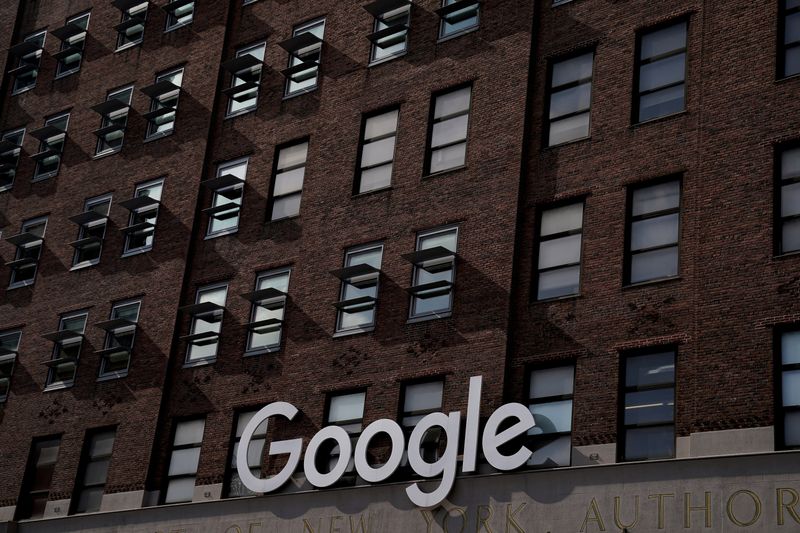 © Reuters. FILE PHOTO: A Google sign is pictured on a Google building

"Based on the European Commission’s decision back in 2018 which confirmed that Google was in breach with EU antitrust rules, we claim the compensation of damage that we have suffered while trying to distribute our applications and services via mobile devices with Android operation system," Seznam deputy chairman Pavel Zima said.

Seznam, with an estimated 25% Czech market share, said the size of the claim was based on the period between 2011 and 2018. The claim was sent in the past few days with a 30-day deadline, Seznam said, adding it was prepared to take civil legal action.

Reuters reported in November a group of 165 companies and industry bodies have called on EU antitrust enforcers to take a tougher line against Google.

Google, a unit of Alphabet (NASDAQ:GOOGL), has rejected assertions that it unfairly favours its own services. It says that its users are not locked in and that competition to its services is just one click away on the internet.