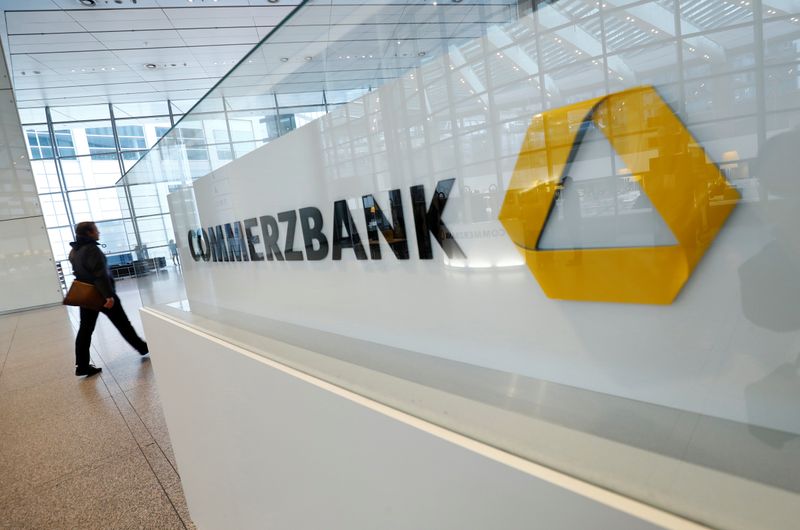 FRANKFURT (Reuters) – Germany's Commerzbank (DE:CBKG) reported a $3.3 billion fourth-quarter loss on Thursday, sinking further into the red as it continued a major restructuring and dealt with the fallout of the COVID-19 pandemic.

Germany's No. 2 bank also said it would swiftly implement plans to cut 10,000 jobs and close hundreds of branches, and would strive for an operating profit in 2021.

Commerzbank hopes the revamp will revive its fortunes, as it struggles to boost profits amid management reshuffles and strategy flip-flops. It has never fully recovered after a state bailout during the last financial crisis more than a decade ago.

The net loss of 2.70 billion euros ($3.27 billion) in the quarter compares with a loss of 97 million euros a year earlier. The bank had already disclosed that it lost nearly 2.9 billion euros for the full year.

The results come a week after Commerzbank Chief Executive Manfred Knof finalised plans for a radical overhaul and a month after he took the reins at the bank.

"We want to be sustainably profitable and shape our own destiny as an independent force in the German banking market," Knof said.

Jefferies (NYSE:JEF) said that the bank's plans to complete 80% of redundancies by 2023 was slower than its analysts had hoped.

Commerzbank's share price had recovered after hitting a record low of 2.804 euros on March 16, 2020.

Knof is due to make his first public appearance as CEO at a news conference on Thursday.

While the bank plans to cut one out of three jobs in Germany, it will add 2,500 jobs outside the country, primarily in eastern Europe, in an effort to cut costs for external service providers. It will also expand headcount at its Polish unit mBank.

Dollar Down, but Caps Losses as Newly Discovered...