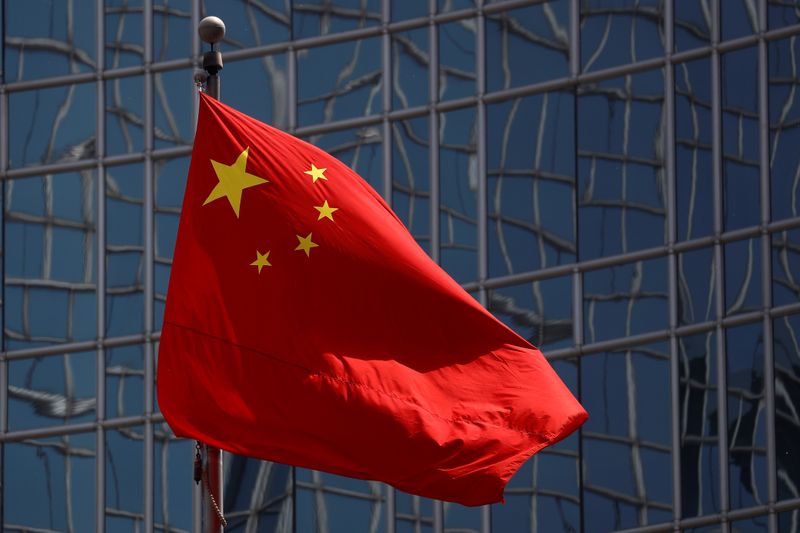 © Reuters. The Chinese national flag is seen in Beijing, China

The rules on "unjustified extra-territorial application of foreign legislation" were posted on department's website and established a "working mechanism" to assess the legal implications of such incidents.

According to the notice, a Chinese person or organisation that is restricted by foreign legislation from "engaging in normal economic, trade and related activity with a third State or its citizens," may report it to the commerce department within 30 days.

The commerce department will then assess a case for its potential violation of international law, impact on China's sovereignty and national security, and impact on Chinese citizens.

When a citizen or other organisation "suffers significant losses" from non-compliance with foreign legislation, "relevant government departments may provide necessary support", the notice says.

The Chinese government might also enact "necessary counter-measures" in response.

The new rules come amid an ongoing backlash against various Chinese companies from foreign governments, especially the United States.

Social media giants ByteDance has also been caught in Washington's crosshairs, when last autumn the Trump Administration attempted to force it to sell the U.S. division of its popular app TikTok.

The New York Stock Exchange this week said it will delist three Chinese telecom companies following an order from U.S. President Donald Trump in November barring U.S. persons from investing in publicly traded companies Washington deems to be tied to the Chinese military.

The Trump administration is considering adding tech giants Alibaba (NYSE:BABA) and Tencent to a blacklist of firms allegedly owned or controlled by the Chinese military, two people familiar with the matter said.