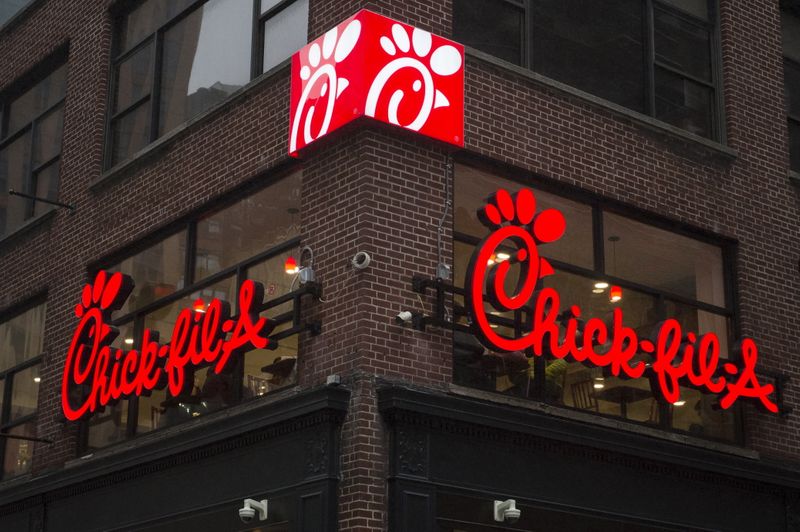 © Reuters. A franchise sign is seen above a Chick-fil-A freestanding restaurant after its grand opening in Midtown, New York

The U.S. Department of Justice has indicted 10 industry executives in separate cases this year and several suppliers have faced lawsuits alleging conspiracy to inflate broiler chicken prices from grocers, retailers and consumers. Broiler chickens account for most chicken meat sold in the United States.

In October, Pilgrim's Pride, which is mostly owned by Brazilian meatpacker JBS SA (OTC:JBSAY), pleaded guilty to one count of conspiracy to limit competition in chicken product sales and paid a $110.5 million fine.

"We believe these claims are unfounded and plan to contest the merits," said spokeswoman for Perdue Andrea Staub.

Representatives for Tyson, Pilgrim's Pride and Sanderson Farms did not immediately respond to a request for comment.

Chick-fil-A, best known for its fried chicken sandwiches, is seeking unspecified damages and to recoup its legal expenses.