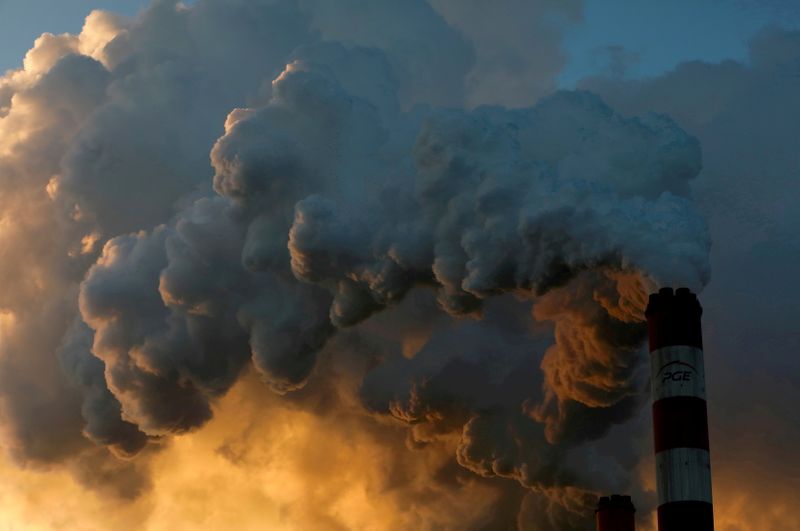 In an open letter to all governments as leaders of the G7 group of industrialised nations meet in Britain, and ahead of a global climate summit in November, the Alliance of CEO Climate Leaders called for “bold action” now to meet future emissions targets.

To force corporate action, governments needed to change the rules of the game, they said, including by developing a market-based carbon pricing mechanism.

Countries should also force all businesses to establish “credible” decarbonisation targets, plus disclose emissions across all parts of their business, said the CEOs who include Swiss Re (OTC:)’s Christian Mumenthaler, Boston Consulting Group’s Rich Lesser and Royal DSM’s Feike Sijbesma.

The bosses also backed an elimination of fossil fuel subsidies, cuts on tariffs for climate-friendly goods, a boost in research and development funding for green technologies.

A separate statement backed by 457 investors warned governments that those countries to take the lead would become “increasingly attractive” investment destinations, while laggards would find themselves at a competitive disadvantage.

Key to that was for countries to commit to tougher emissions reduction cuts by 2030 and implement the domestic policies necessary to become net zero by 2050, added the investors, who include the likes of New York State, Fidelity International and Legal & General Investment Management.

“Strong policies, in line with limiting global warming to no more than 1.5-degrees Celsius, can accelerate and scale up private capital flows towards the net-zero transition,” said the 2021 Global Investor Statement to Governments on the Climate Crisis.

Founded in 2014 and hosted by the World Economic Forum, the Alliance of CEO Climate Leaders aims to help drive the transition to a low-carbon economy.

Ahead of the COP26 climate summit on Glasgow, governments need to publish plans to halve emissions by 2030, commit to net-zero emissions by 2050 and put in place “robust” policy roadmaps and interim targets, the CEOs said.