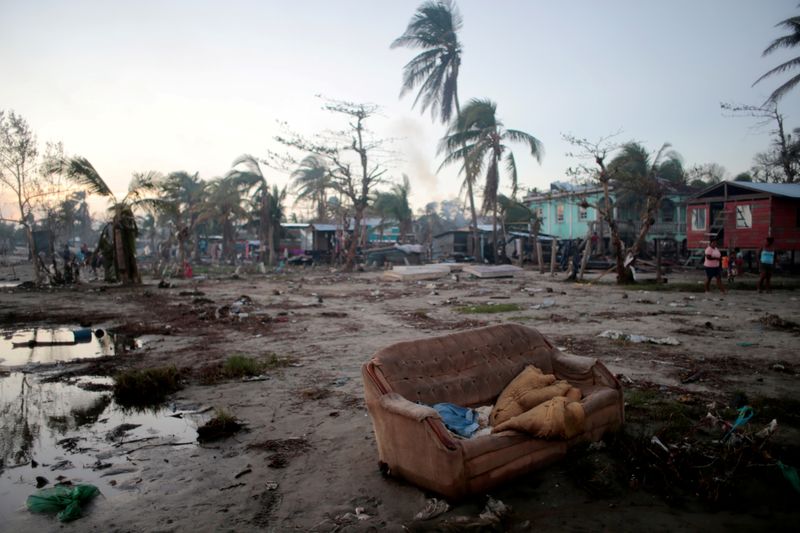 Provoking massive flooding and deadly mudslides across a broad swath of Central America, Iota was one of the strongest storms on record to strike Nicaragua when it hit land in November. At the time, the small country and region were still reeling from the impact of Hurricane Eta two weeks earlier.

"The two storms have wrought significant physical damage to the agriculture-reliant economies and will compound existing fiscal and economic challenges for the sovereigns, which are already in the midst of deep recessions as a result of the coronavirus pandemic," Moody's Investors Service said in a note published Tuesday.

On average, Moody's sees Central American economies shrinking by more than 6% this year, but then expanding by 4% in 2021.

Moody's forecasts wider fiscal deficits and higher debt both this year and next across the region.

Nicaragua, the most agriculture-dependent economy, is especially vulnerable to further climate shocks, according to the note, and appeared to be hardest hit by the back-to-back hurricanes.

Their combined impact is expected to "magnify existing credit pressures on lower-rated sovereigns like El Salvador and Nicaragua." Less severe credit pressures will likely be faced by Honduras, and to an even lesser extent, Guatemala.

El Salvador, meanwhile, was relatively spared due to its distance from the Caribbean coast, where the hurricanes struck, but still suffered significant farm-sector damage, with as much as a fifth of its coffee crop put at risk, according to Moody's.