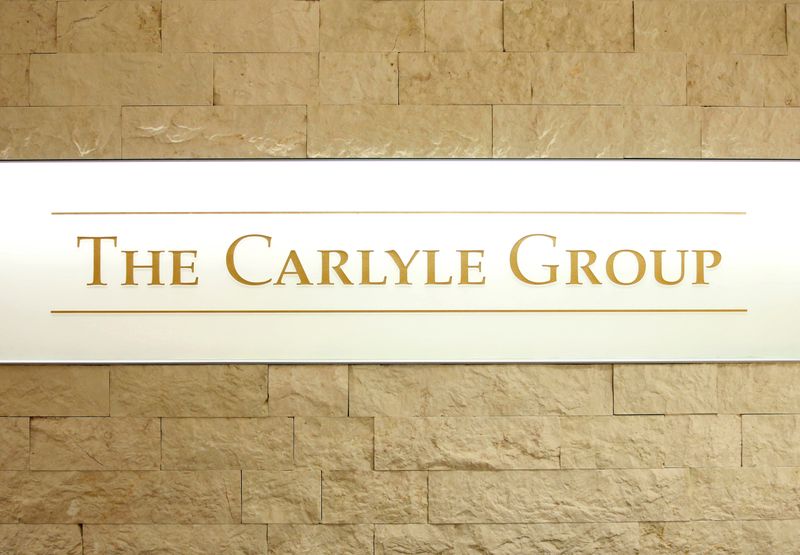 © Reuters. FILE PHOTO: The logo of The Carlyle Group is displayed at the company's office in Tokyo

TOKYO (Reuters) – U.S. buyout firm Carlyle Group (NASDAQ:CG) said on Wednesday it will buy Japan's Rigaku Corp, confirming a media report from earlier in the day that put the deal value at about $1 billion, as the manufacturer of X-ray-based testing tools plans to go public.

If a deal comes through, it could be the first investment of Carlyle Group's new Japan-focused buyout fund worth 258 billion yen ($2.5 billion), its fourth and biggest to date in a country where global buyout funds are expanding in recent years.

Carlyle will own about 80% of Rigaku while 20% stake will remain with the chief executive officer of Rigaku, the U.S. firm said in a statement, but did not provide details of the deal value.

Earlier in the day, the Nikkei business daily said Carlyle's investment is expected to be about 100 billion yen ($972.9 million).

Founded in 1951, Rigaku provides X-ray analysis, measurement and testing instruments for a wide-ranging industries including semiconductor manufacturing and pharmaceuticals.

By partnering with Carlyle, Rigaku "will seek to list the holding company in the coming years," the Japanese company said in a separate statement, adding that its annual revenue stands at about 44 billion yen, around two-thirds of which were generated overseas.