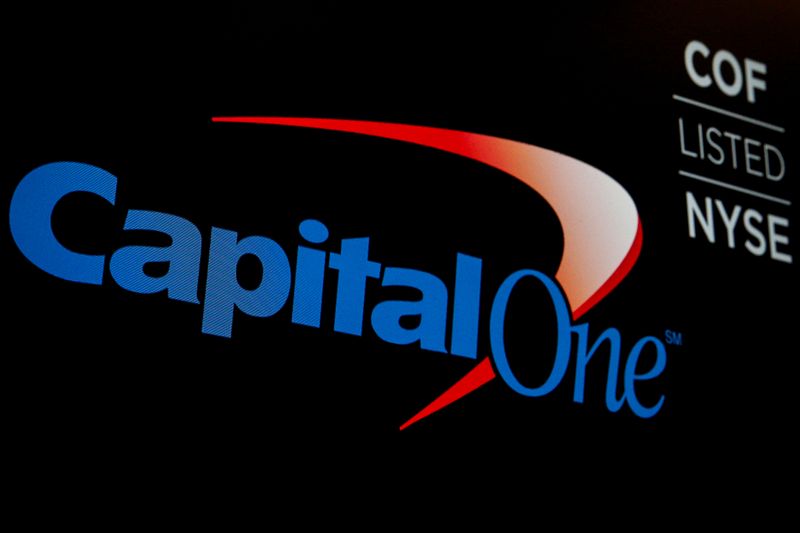 © Reuters. The logo and ticker for Capital One are displayed on a screen on the floor of the NYSE in New York

SYDNEY (Reuters) – Capital One Financial Corp (NYSE:COF) (CapOne) has barred customers using its credit cards to clear buy-now-pay-later (BNPL) debt as the transactions bear unacceptable risk, it told Reuters, making it the first to distance itself from the finance alternative.

The third-largest U.S. card firm with 62 million accounts, plus more in Canada and Britain, said it would no longer allow "transactions identified as point of sale loans charged on its credit cards, regardless of the point of sale lender".

"These kinds of transactions can be risky for customers and the banks that serve them," a spokeswoman said in an email.

The move makes CapOne the first major financial firm to push back against the quick-growing BNPL segment which has seen startups such as Australia's Afterpay Ltd make inroads offering interest-free shopping with no credit history required.

The nascent segment is subject to less regulatory scrutiny relative to its traditional consumer credit counterpart where background financial checks are required. BNPL is exempt from consumer credit law in most countries because it does not involve interest and repayments are typically limited to four.

Afterpay set a record A$1 billion ($742.00 million) in U.S. underlying sales in November, over three times the same month a year prior. On Monday, its stock closed at A$96.60 from under A$9.00 in February, making the firm Australia's 16th largest.

Afterpay told Reuters CapOne's decision impacted a "small percentage of Afterpay customers and many of those have chosen to add a different card in their Afterpay wallet".

The CapOne spokeswoman said customers who paid for BNPL purchases with debit cards or checking accounts were not affected by the decision to stop credit card BNPL payments.