With the cannabis market back in the spotlight we thought it might be a good idea to highlight some of the lesser-known and perhaps underloved names in the sector. Who knows, maybe we’ll turn up a great investment but in the meantime, in light of the recent run-up in prices, there are some stocks that offer a value relative to their larger cousins. Names like Canopy Growth (NASDAQ:CGC) and Aurora Cannabis (NYSE:ACB) have seen their shares rise 300% or more since the market confirmed its bottom while others have posted much smaller gains.

Planet 13 Is A Destination Location

Planet 13 (OTC:PLNHF) began its uptrend long before the broader cannabis market. Located and headquartered in Las Vegas, Nevada, it may be the most exciting thing in U.S. cannabis right now. The company is a vertically integrated producer of medical and adult-use cannabis with a vision that reminds me of the Ray Kroc story. Ray Kroc is quoted as telling a class his business was not hamburgers, it was real estate, he just made money selling hamburgers. In the case of Planet 13, the company makes most of its money from cannabis sales but the vision is much larger.

The company is a destination-location and tourist attraction for all things cannabis. You don’t have to want to smoke weed to enjoy a trip to the Superstore. Not only is there a larger and growing display floor tended by expert “bud-tenders” but the company is building out a dining operation, crowd-facing production facilities, and museum-quality displays intended to educate the public on cannabis and its history. To put the power of the company’s business model into perspective, the company has been growing revenue via traffic and sales at a high-double-rate despite the pandemic. And the company is expanding.

"We are excited to leverage our knowledge and experience from Nevada to California, with the opening of our new dispensary in Santa Ana in 2021 – the world's second-largest dispensary. Planet 13 is well-capitalized, and we look forward to executing on future expansion into other major growth markets." 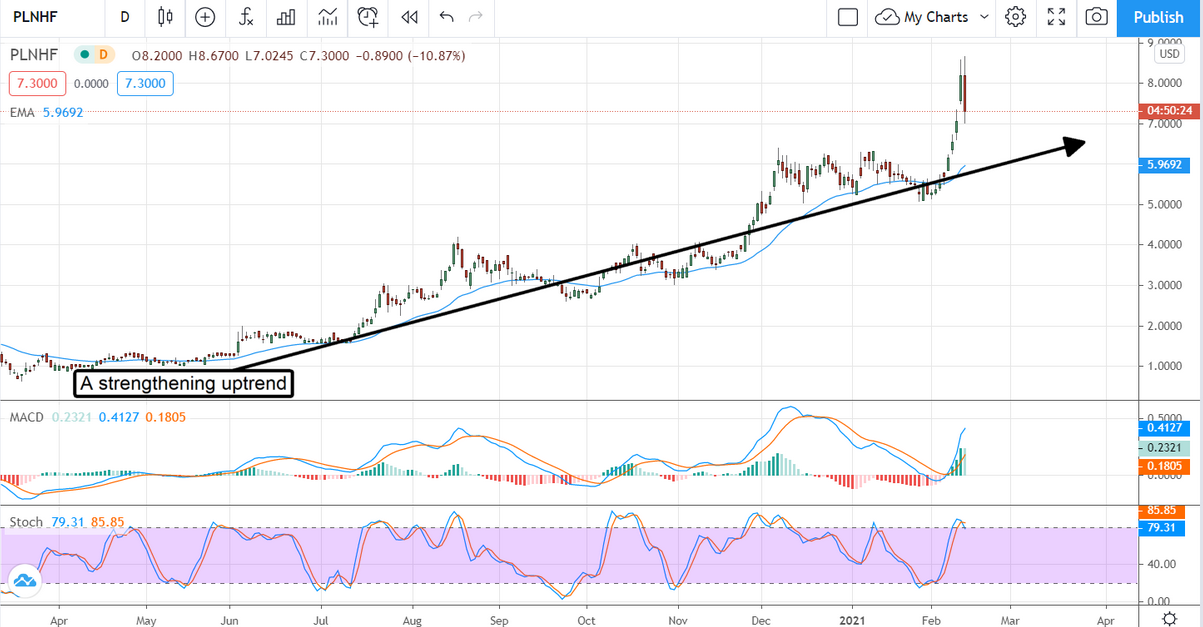 The Green Organic Dutchman (OTC:TGODF) is a smaller boutique label operating in Ontario, the single-largest cannabis market within Canada. We like it because the company is well-positioned as one not hampered by over-capacity and over-production like many of the larger operators are. Even after a year+ of repositioning and shoring up balance sheets the larger operators are still carrying dead weight. This situation sets The Green Organic Dutchman up for more sustainable growth and a safer road to profitability as it gains market share, deepens exposure in other provinces, and ramps production.

The company is forecasting accelerating growth for the current quarter with revenue up 90% sequentially and 235% from last year. Revenue is expected to triple over the next 2 to 3 years and bring positive cash flow by the middle of next year if not sooner. The recent departure of CEO and Chairman Brian Athaide should go a long way toward making it sooner rather than later. 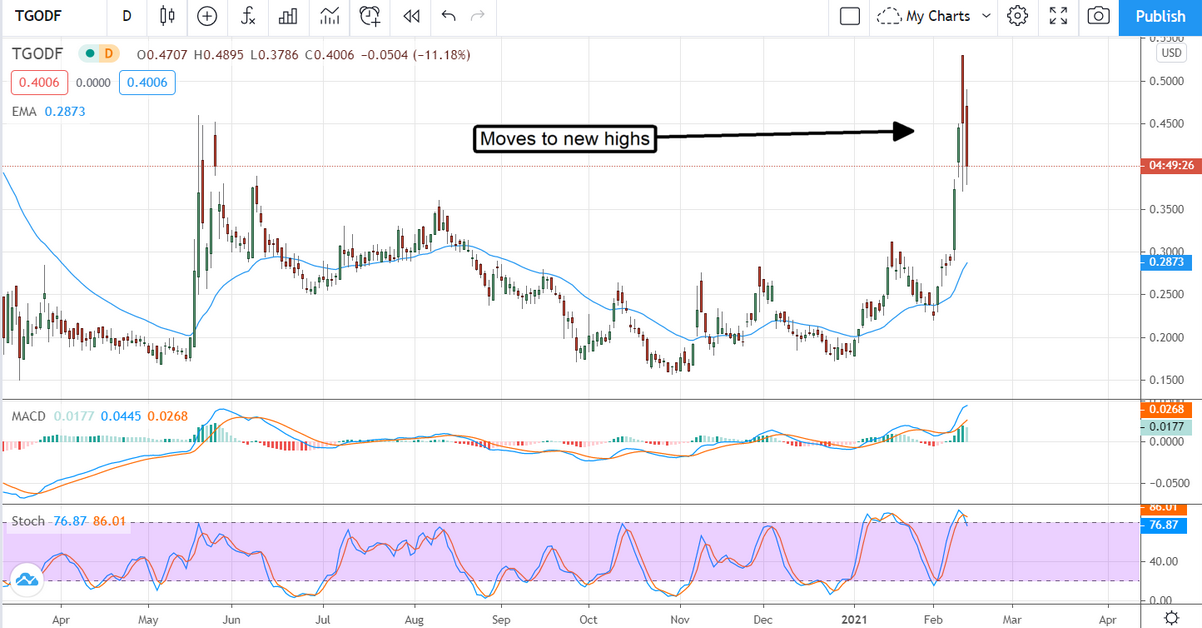 Hexo Corporation (NYSE:HEXO) is one of Canada’s larger operators but by no means the largest. The company’s consensus revenue forecast for 2021 is only a quarter of Canopy Growth Corporation revenue, the largest cannabis company by sales, and less than half of what #2 Aurora is expected to bring in. But the company has big plans that should produce solid growth in the years to come and positive cash flow is already on tap.

Hexo Corporation is another Ontario-based producer and that is notable for two reasons. Not only is Ontario Canada’s most populous province and largest cannabis market it is also the one with the most trouble with its infrastructure. A number of missteps led to a short supply of operational dispensaries that is only now getting under control. That means the company should be able to sustain robust growth in its home territory even as it deepens its penetration into others. 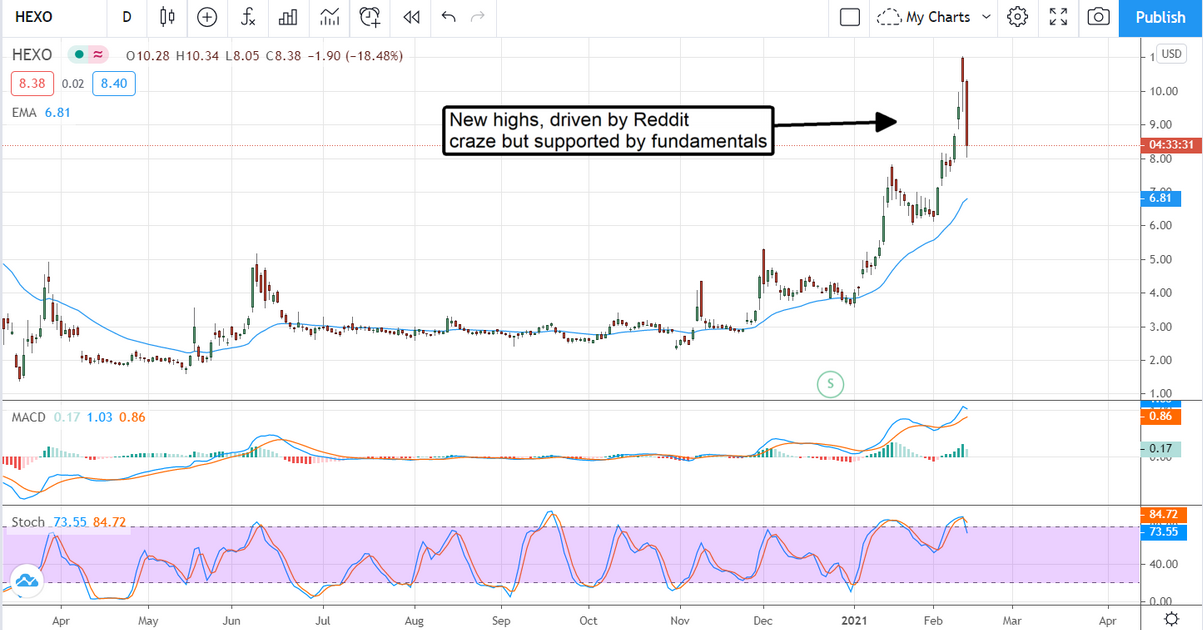