Buzz about mergers and acquisitions in the cannabis sector is starting to catch investor attention again.

The development is being viewed as a bit of a turnaround for the industry, which has seen a major drop in headline-making corporate buyouts since the sector’s breakout in late 2017 and into 2018.

During the last month, a number of major corporate realignments have reset the momentum in the sector.

Among the major deals in May was Trulieve Cannabis’ (OTC:) $2.1-billion (C$2.54 billion) acquisition of Harvest Health & Recreation (OTC:) (CSE:). The Florida-based Trulieve bought out its state rival, extending its dominance in the market. 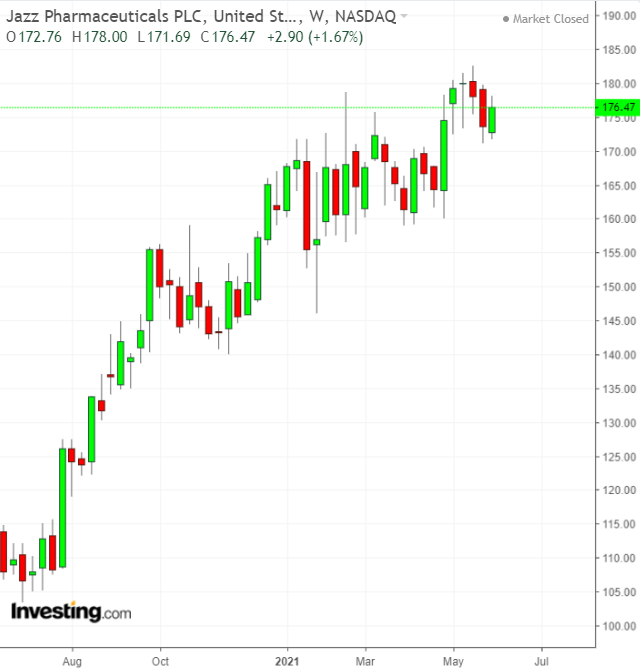 GW Pharma is regarded as a leader in the development and commercialization of cannabinoid-based prescription drugs. It is also the maker of Epidiolex, the first cannabidiol-based treatment approved by the US Food and Drug Administration for the treatment of seizures associated with epilepsy for young children.

In a statement issued by Jazz announcing the acquisition, Jazz chairman and CEO Bruce Cozadd highlighted the importance of Epidiolex:

“We are excited to welcome our GW colleagues to Jazz as we mark a transformative milestone in creating an innovative, high-growth, global biopharma leader in neuroscience with a worldwide commercial and operational footprint. The addition of GW further diversifies our commercial portfolio and innovative pipeline with therapies that are complementary to our existing business, including Epidiolex, a high-growth commercial product with near-term blockbuster potential.”

Building on the wins for the sector in May, June continued to show itself as a good month in much of the cannabis sector.

As of Monday’s close, Tilray shares were up just over 13.5% so far this month. Yesterday alone, the Canadian-based cannabis grower, that just closed its merger deal with Aphria, gained almost 5%.

Despite the latest one-day hike, it still was not the best performer in the sector on Monday. That honor went to Cronos Group (NASDAQ:) (TSX:), which saw its shares rise 5.23% on the day to close at $9.06 on a reported 34.1 million shares traded.

Over at Sundial Growers, stock gains have been even more impressive. The medicinal marijuana producer that grows a wide variety of cannabis strains has a market cap of $2.03 billion (C$2.45billion).

It has seen its stock climb throughout the month of June. In the early days of the month, its shares were up almost 25%, but some of those gains were shaved off. The stock closed yesterday at $1.16, up 10.4% for the month overall.

The sector is buoyed by a number of factors. Increasing momentum that is whittling away on regulatory hurdles in the US is certainly one. But positive headlines like the announcement last week by e-commerce giant Amazon (NASDAQ:) that it would support a US federal bill to legalize cannabis and make adjustments to its corporate drug screening policy, certainly appears to have had an effect.