Just as sellers were trying to exert some control in the market on Friday, along come buyers to soak up the supply and then add to demand. There wasn't a whole lot of buying volume, but there was enough to at least leave indices near weekly highs at the close of the trading week.

The didn't close at a new all-time high, but it did enough to pressure the early week high with technicals all net bullish. The relative loss against the Russell 2000 is slowing, but it hasn't yet generated a trigger which would mark relative outperformance. 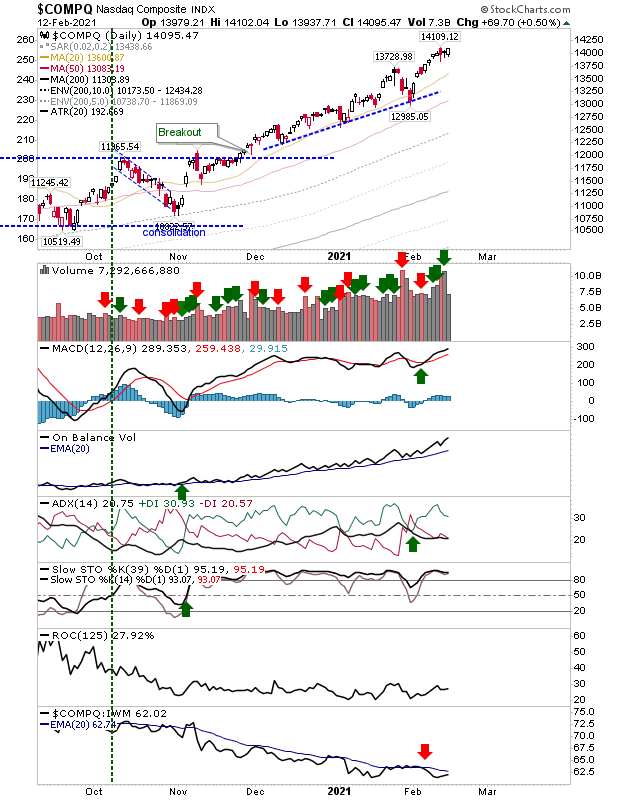 The S&P was able to finish on a new closing high for the week, but despite this it still hasn't yet outperformed the Russell 2000. What it does do is set up for a potential blow out top when relative performance does move in Large Caps favor. 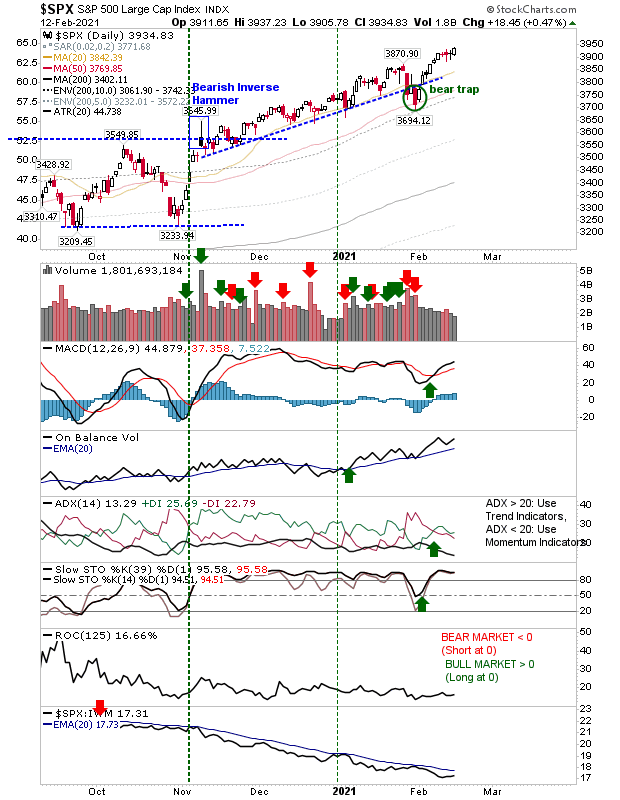 The Russell 2000 (via IWM) is still doing most of the relative heavy lifting. It had lost a little ground last week but given its rate of advance it's still handily outperforming its peers; note it currently sits 39% above its 200-day MA—well above the 22% which accounts for 99% of historic price action for this index relative to the 200-day MA. This is a rally running on fumes, but there is no indication it will roll over yet. 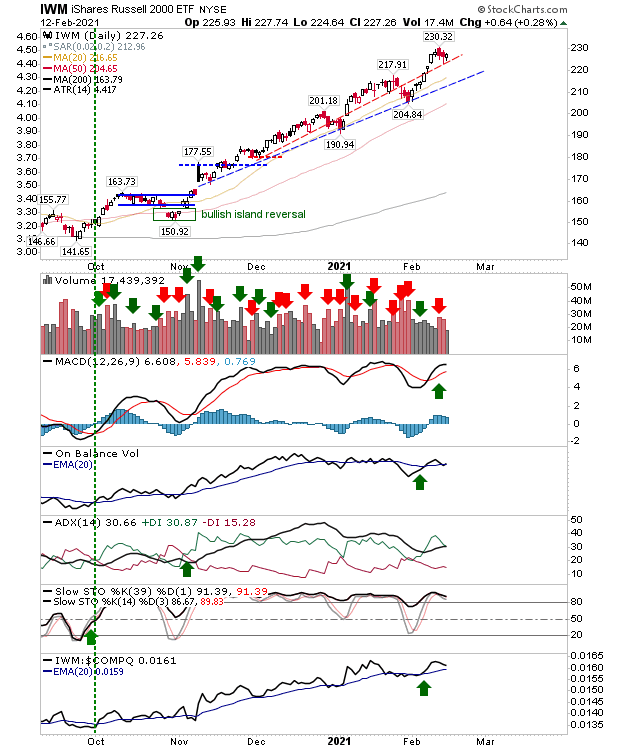 The index which had the best performance last week was the Semiconductor Index. It handily negated its gap down and because of this forced shorts to cover their positions—further fueling the buying. 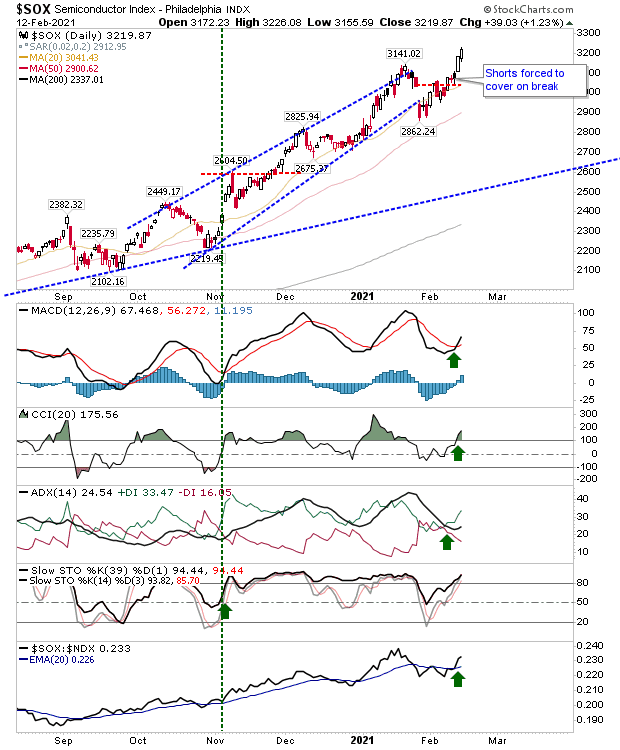 Ideally, we would want to see some consolidation of these gains so markets (and market participants) have a chance to accept their gains and prepare for the next phase of the rally.