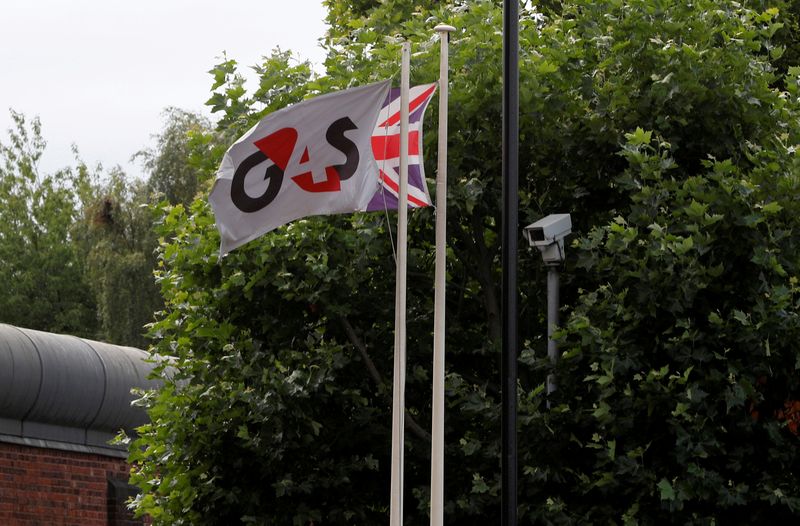 © Reuters. FILE PHOTO: Flags fly outside HMP Birmingham after the British government took over its running from G4S, in Birmingham 2/2

Allied Universal in a separate statement said it has extended its offer period deadline for the 245 pence per share G4S offer to March 16 and the acceptance condition was lowered to 75% in nominal value and voting rights of G4S shares from 90% earlier.

It has obtained "substantially all" of the required antitrust regulatory approvals including in the U.S. and European Union, Allied Universal added. Britain has not yet approved the merger.

The auction for G4S ended abruptly on Monday after hostile bidder GardaWorld stuck with its December bid of 235 pence per share for the world's largest private security firm and Allied Universal told the takeover regulator it would not revise its offer on day one.

On Tuesday, Allied also said it would not increase its 245 pence per share offer that was first announced on Dec. 8. G4S had backed that offer in December after repeatedly rejecting GardaWorld's hostile advances.

The battle for UK's G4S had hit a deadlock earlier after the North American bidders repeatedly extended their offer deadlines and shareholders' acceptance was low, as investors held out for a higher payout.

That led to Britain's Takeover Panel stepping in to help resolve the bid battle by setting a Feb. 20 deadline for both bidders to make their offers final or head to auction on Feb. 22.