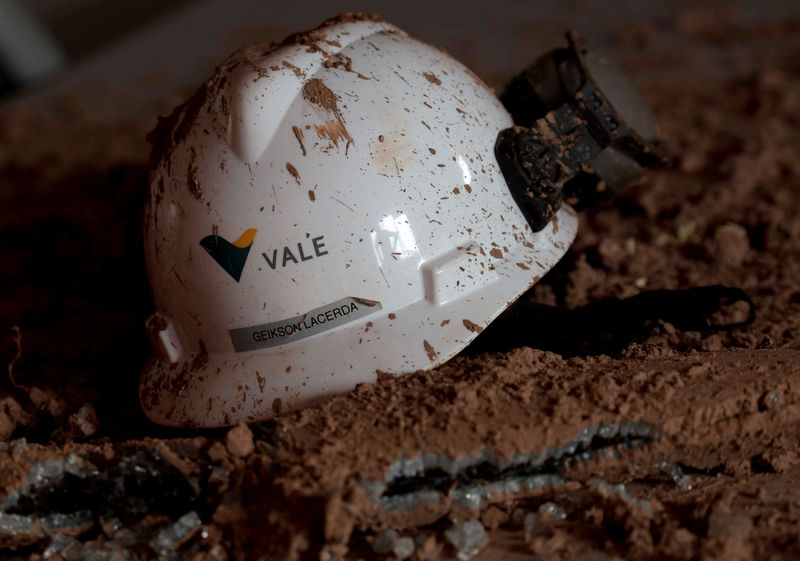 © Reuters. FILE PHOTO: A helmet with a logo of Vale SA is seen in a collapsed tailings dam owned by the company, in Brumadinho

State and Vale officials will meet on Thursday, when it is expected talks on compensation will begin, ahead of a court-mediated hearing expected in January, said state secretary general Mateus Simões.

"The idea is that we end the text discussion tomorrow and start the value discussion," he told Reuters. "Certainly the floor for the beginning of the negotiations has to be 28 billion reais."

The government of Minas Gerais has requested in court total damages of approximately 54 billion reais for the material and moral damages related to the rupture of the Vale dam in Brumadinho on Jan. 25, 2019. The disaster left about 270 dead.

Vale told Reuters that "there is still no definition of values." It said "it remains committed to fully repairing the affected and the impacted communities."