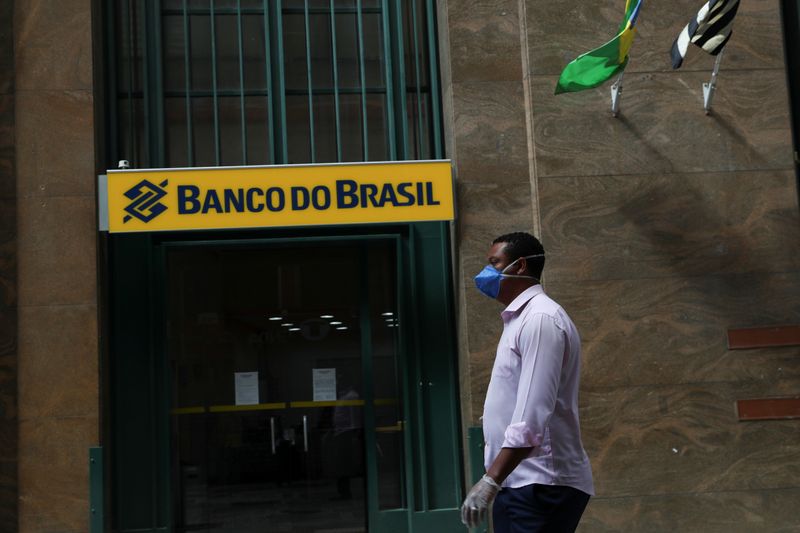 © Reuters. A man wearing a protective face mask and gloves walks in front of Banco do Brasil (Bank of Brazil) during the coronavirus disease (COVID-19) outbreak in Sao Paulo

SAO PAULO (Reuters) – Banco do Brasil SA (OTC:BDORY)'s board members argued in a public statement on Thursday that President Jair Bolsonaro's nominee to take over the state-controlled bank was not ready for the job and that the board should have the power to appoint its leader.

Currently, Brazil's far-right President Jair Bolsonaro is entitled to nominate the chief executive, leaving its board of directors little say, in a deviation of corporate governance best practices.

Bolsonaro has named Fausto Ribeiro, currently the CEO of the small business unit of Banco do Brasil, to replace Andre Brandao on March 18. Ribeiro's appointment, which would also make him a board member, was opposed by several existing board members.

These board members account for half of Banco do Brasil''s directors, not including Brandao, who did not participate in the meeting.

Brandao resigned two months after Bolsonaro disagreed with cost-cutting measures taken by the former, such as the closure of some branches and an employee buyout program.