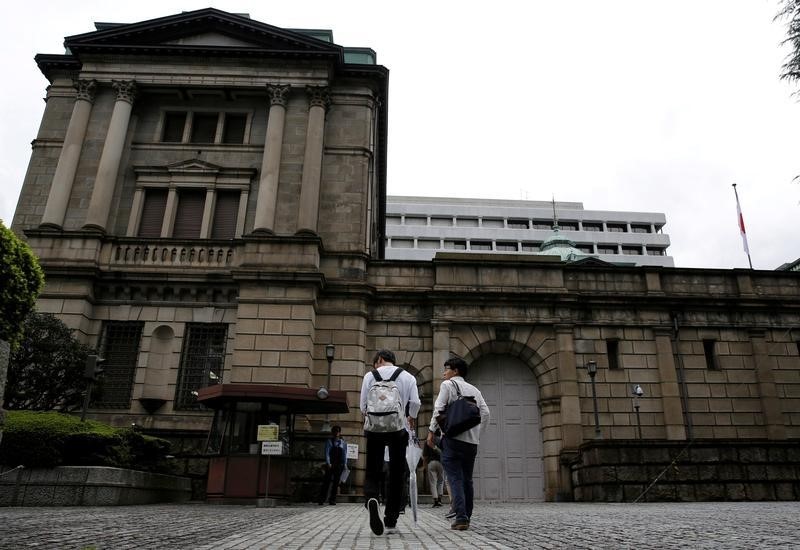 (Bloomberg) — The Bank of Japan’s policy review to shore up its stimulus for the longer term is set to land this week as rising bond yields cause angst for central bankers around the world.

The European Central Bank has already made clear it intends to keep pumping out more stimulus while the Federal Reserve is expected to remain cautious over the strength of the post-pandemic recovery at its meeting starting Tuesday.

That means the BOJ needs to avoid pushing through any changes that give the impression it is stepping off the accelerator pedal when it announces the review’s findings around lunchtime in Tokyo on Friday.

But if global bond pressures are vexing the Fed and ECB, they may be more welcome in Tokyo, where yields are controlled in a tight band around zero. The growing difference between Japanese sovereign and U.S. Treasury yields has already helped weaken the yen against the dollar, and the resulting tailwind for exporters and the inflation outlook is a favorable development for the BOJ.

“This is a very sensitive time for communications at global central banks such as the Fed, the ECB and the BOJ,” said Shigeto Nagai, Japan’s head of Oxford Economics and a former senior BOJ official. “With little room for further easing, the BOJ is looking to send the most dovish message among them to keep the yen weak, and yield curve control is a useful framework for highlighting the difference.”

That’s why most economists and investors expect the review to deliver only a fine tuning of its measures.

Still, as criticism mounts over the central bank’s huge footprint in the government bond and stock markets, the BOJ also needs to show the review has taken sufficient consideration of the adverse effects of its easing measures.

According to media reports and economists’ expectations, the BOJ is likely to:

“The rapid rise in global yields likely limited the BOJ’s ability to make its yield curve control and asset purchases more flexible and an ultimate exit easier. Still, even minor policy adjustments should help it roll out stimulus for longer.”

Governor Haruhiko Kuroda announced the policy review in December with the yen around 103 against the dollar, consumer prices falling at the fastest pace in a decade and with the BOJ having just become the largest individual owner of Japanese stocks to add to its long-held position as the nation’s biggest holder of government debt.

Despite fears of inflation accelerating elsewhere in the world, Kuroda doesn’t see Japan hitting its 2% goal before 2024. Hence the need to alleviate some of the harmful side effects of its measures for stimulus that will stay in place for years to come.

Since the call for the review, long-term Treasury yields have jumped around 70 basis points in the U.S. compared with around 10 in Japan, and the dollar is hovering around 109 yen.

“If the yield differential keeps up the weakening pressure on the yen, that’s a positive for the BOJ and has probably helped it avert taking more drastic action,” said Takenobu Nakashima, chief rates strategist at Nomura Securities.

Most of the tweaks to be unveiled in the review will aim to mollify discontent among bond traders, commercial banks, pension funds, life insurers and stock activists.

If the show must go on with its inflation goal still distant, the BOJ needs more participants in Japan’s economy to cheer it on.