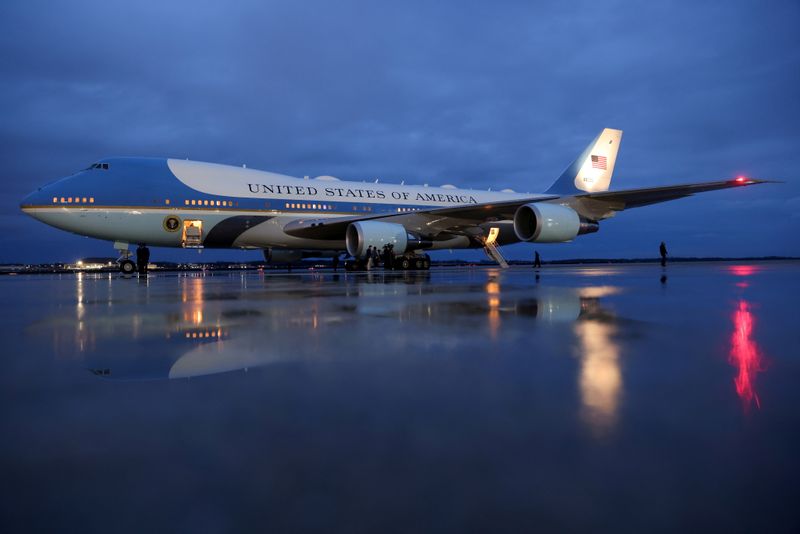 (Reuters) – Boeing (NYSE:) Co has told the Air Force the price of the next-generation presidential aircraft could go up, and asked for more time to deliver the flying White House citing difficulties with COVID-19 and a subcontractor, an Air Force official said on Tuesday.

Boeing informed the Air Force that it wanted about a year of extra time to deliver on the contract, Darlene Costello the acting assistant secretary of the Air Force for Acquisition told a U.S. House of Representatives Armed Services Committee panel.

Separately, Boeing submitted a letter to the Air Force beginning the process to negotiate a price adjustment for the jets, Costello said.

“At the moment are accessing the schedule that they have submitted,” Costello said.

In April, Boeing recorded a $318-million pre-tax charge related to Air Force One presidential aircraft due to a spat with a supplier.

The Boeing 747-8s are designed to be like an airborne White House, able to fly in worst-case security scenarios such as nuclear war, and are modified with military avionics, advanced communications and a self-defense system.