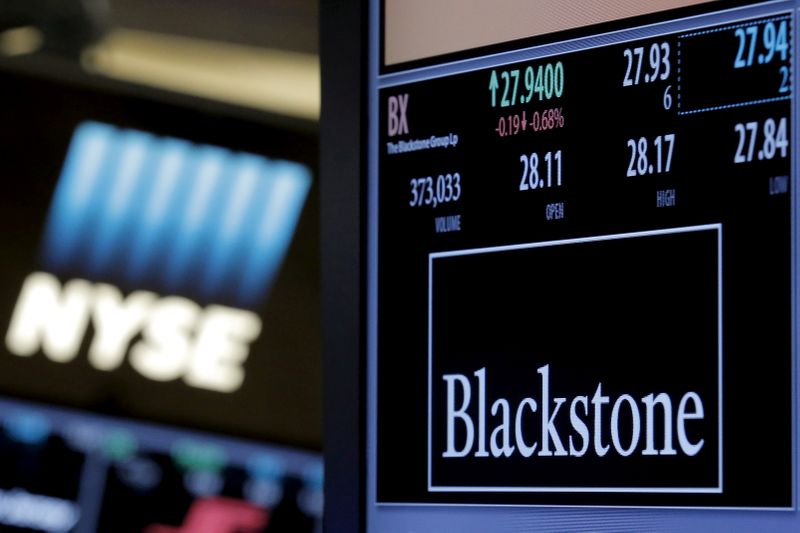 © Reuters. FILE PHOTO: The ticker and trading information for Blackstone Group is displayed at the post where it is traded on the floor of the New York Stock Exchange

BOSTON (Reuters) – Blackstone Group (NYSE:) said on Friday that Scott Soussa, who co-heads the hedge fund and private equity stakes business, has decided to leave the firm and that Mustafa Siddiqui, who co-heads the business, will be the sole head of the Strategic Capital Holdings unit.

Soussa, a senior managing director in the company’s Blackstone Alternative Asset Management unit (BAAM), is leaving for another opportunity but has agreed to remain at Blackstone until the end of the year.

Siddiqui, also a senior managing director in Blackstone’s BAAM unit, has served as co-head of the business, known as the GP Stakes platform, alongside Soussa. Previously he worked in Blackstone’s Private Equity Group, where he led the firm’s private equity investment activities across the energy sector in Europe, the Middle East and Africa.

“We are incredibly grateful to Scott for his significant contributions in building our successful stakes business,” said Blackstone President Jon Gray, adding that he was promoting Siddiqui and naming firm veteran Mike Nash to a new role. “Our stakes business has tremendous momentum partnering with world-class GPs and we are quite excited about what’s to come,” Gray told Reuters ahead of an announcement of the changes.

The unit makes minority investments in a general partner’s underlying management company. Some of its most prominent successes include Senator Investment Group, New Mountain Capital, Francisco Partners and Leonard Green.

Blackstone is the world’s biggest investor in hedge funds and its BAAM unit manages $79 billion in assets. It has been expanding this year.