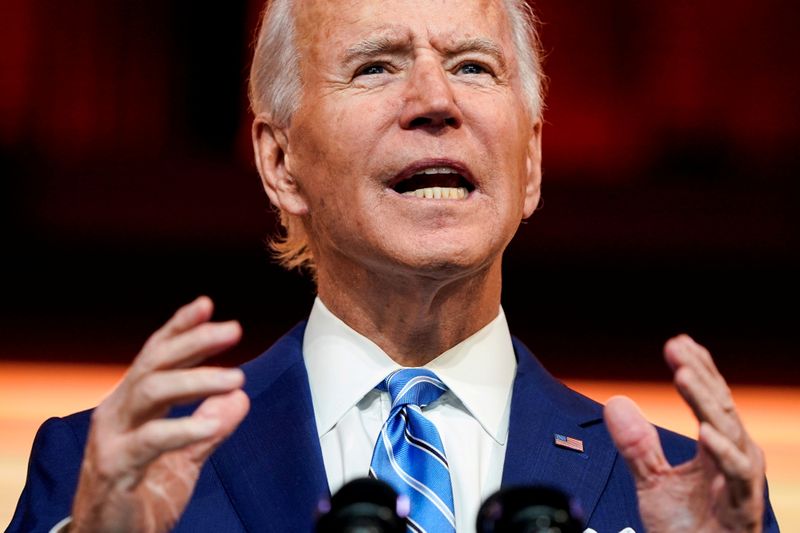 WASHINGTON (Reuters) – A group representing major automakers on Tuesday vowed to work with President-elect Joe Biden on efforts to reduce vehicle emissions even as the industry remains split over whether to let California set its own emission rules.

"The long-term future of the auto industry is electric," Bozzella said in a statement after automakers held a virtual meeting Tuesday. "We are investing hundreds of billions to develop the products that will drive this electric future, and we are committed to working collaboratively."

Ford urged automakers to consider backing a framework deal with California on vehicle emissions in a bid to reach industry consensus before Biden takes office, according to a letter first reported by Reuters on Monday, but automakers did not immediately take that step.

Last week, GM abruptly announced it would no longer back the Trump administration’s ongoing effort to bar California from setting its own vehicle emissions rules.

In October 2019, GM joined Toyota, Fiat Chrysler and other automakers in backing President Donald Trump in the California fight.

Environmental Working Group President Ken Cook said Tuesday "by continuing to support this futile fight, Toyota and Fiat Chrysler are signaling their disregard for cleaning our air, curbing the climate crisis and saving motorists millions at the gas pump."

Ford, Honda Motor Co, Volkswagen (DE:VOWG_p) and BMW in July 2019 struck a voluntary agreement with California on reducing vehicle emissions that is less stringent than Obama-era rules but higher than the Trump administration's rollback .