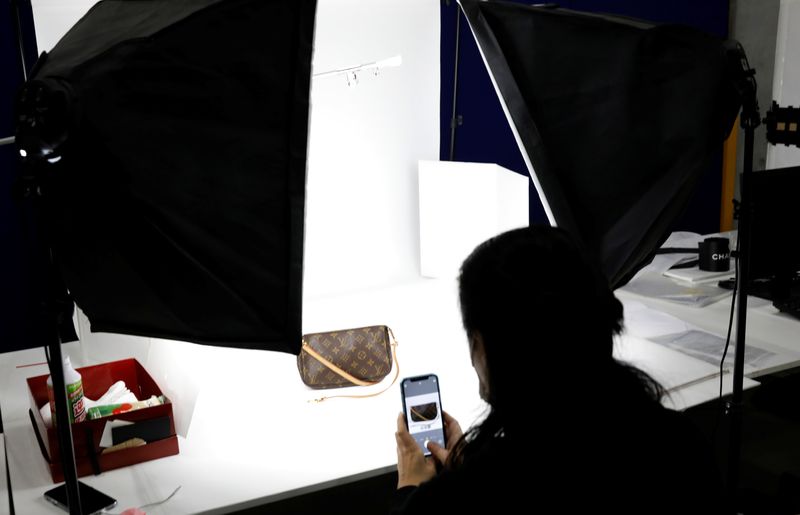 TOKYO (Reuters) – When Japan announced a state of emergency due to the coronavirus pandemic this year, people were urged to declutter their homes to pass the time, with Tokyo's governor even roping in household-organising celebrity Marie Kondo in promotional videos.

Many have taken that message to heart and the market for second-hand luxury goods is booming as a result.

Mitsuko Iwama, a 71-year-old housewife, is a case in point. Pre-pandemic, she would have been spending a lot of time at the gym but after being stuck at home and cleaning her closets more often, she decided to part ways with kimonos that her parents bought her decades ago.

"I thought it was a waste to leave the kimonos just hanging up, and if someone from a younger generation would wear them, that would make me happy," said Iwama, who sold 22 kimonos for 4,000 yen ($38).

Buysell Technologies Co Ltd, the company used by Iwama which collects goods from people's homes and resells them through online stores and at old-style in-person auctions, has been one of the biggest beneficiaries of pandemic-induced tidying.

Visits to people's homes surged 31% to 20,990 in October from a year ago, the company said, adding that three quarters of its customers are in their 50s or older, selling kimonos, luxury handbags and jewellery.

Similarly, Mercari Inc, which operates a popular flea market app, reported a 52% jump in sales for its July-September quarter compared with the same period a year earlier.

A surge in the value of gold this year as the pandemic spurred demand for safe-haven assets has also prompted people to sell rings and necklaces that had just been sitting around, adds BuySell Chief Executive Kyohei Iwata.

"There's a term in Japanese, "danshari", which means minimise your life. People's mindsets have changed that way," he said.