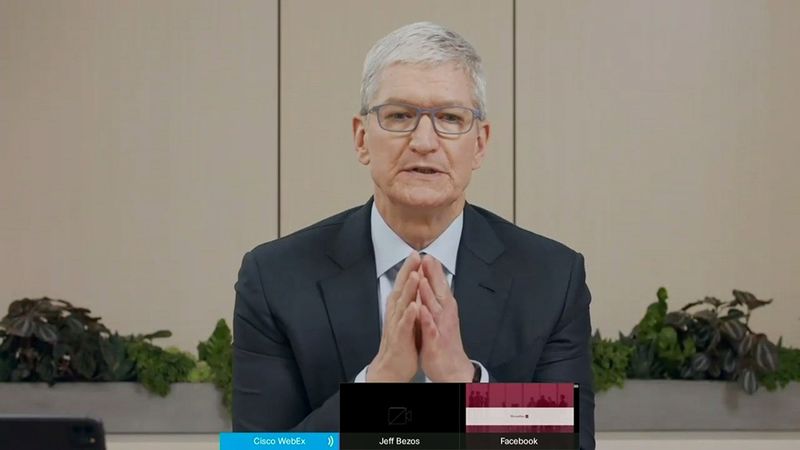 © Reuters. FILE PHOTO: Hearing of the House Judiciary Subcommittee on Antitrust, Commercial and Administrative Law on "Online Platforms and Market Power", on Capitol Hill in Washington

App Store Vice President Matt Fischer and Apple Fellow Phil Schiller were also named on the list submitted to the U.S. District Court Northern District of California Oakland Division, a copy of which was seen by Reuters.

The iPhone maker has been at loggerheads with Epic Games, the creator of the popular game Fortnite, which last year tried to avoid a 30% fee which Apple charges developers on the App Store by launching its own in-app payment system. The move prompted Apple to ban Fortnite from its store.

In a separate court filing, Epic Games listed its founder and Chief Executive Tim Sweeney among its own witnesses in the case.

Apple did not immediately respond to a Reuters request for comment, but told Bloomberg https://www.bloomberg.com/news/articles/2021-03-20/apple-s-cook-other-senior-leaders-to-testify-in-fortnite-trial?sref=ZoyErlU1 in a statement that it felt "confident the case will prove that Epic purposefully breached its agreement solely to increase its revenues."

A direct message to Epic Games on one of its official Twitter handles did not elicit an immediate response.