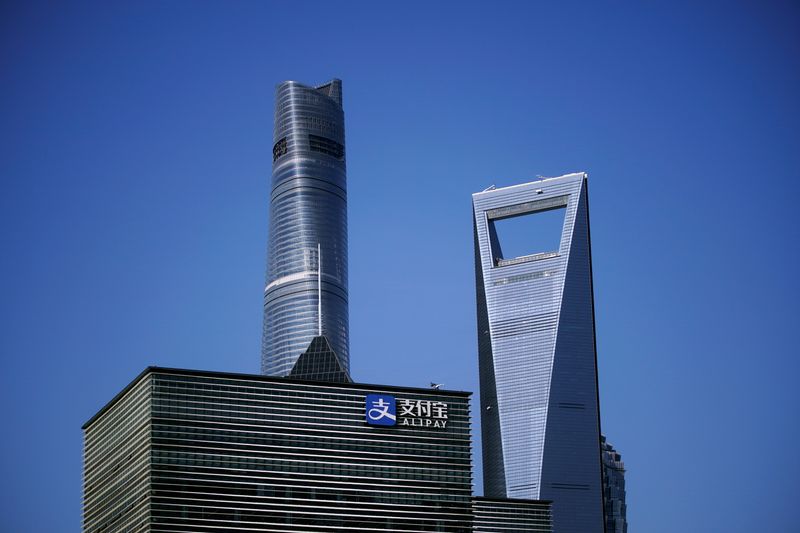 © Reuters. FILE PHOTO: Alipay logo is pictured on a building of the Shanghai office of Alipay, owned by Ant Group which is an affiliate of Chinese e-commerce giant Alibaba,in Shanghai

(Reuters) – Ant Group Co is considering to fold its financial operations into a holding company that could be regulated more like a bank, Bloomberg News reported on Tuesday, citing people familiar with the situation.

(This story corrects day to Tuesday from Monday, changes "plans" to "may form" in headline)