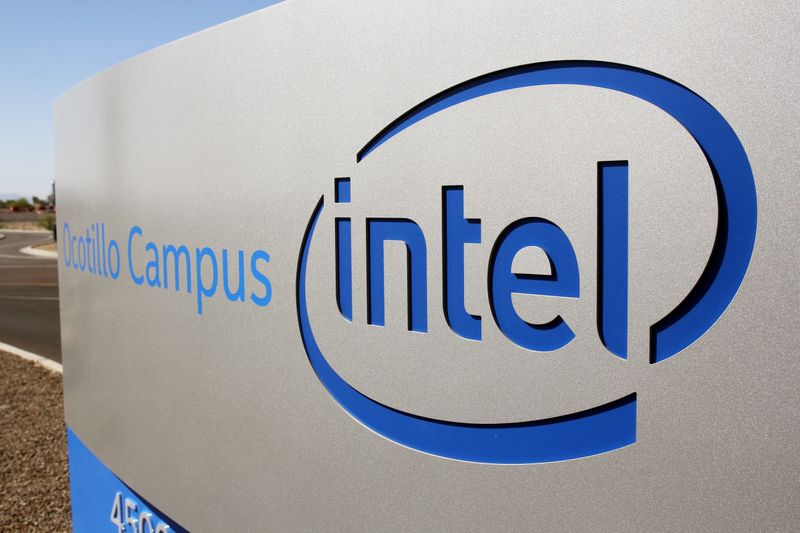 SAN FRANCISCO (Reuters) – Activist investor Daniel Loeb wants Intel Corp (NASDAQ:INTC) to consider splitting its huge chip manufacturing operations from its chip design and development business, but analysts say doing so could weaken both businesses unless the firm can form a joint venture.

For more than 50 years, Intel has operated on the idea that both designing and manufacturing its own semiconductors produce the best results.

It has stuck to that even as most of the global industry has moved to a model where U.S. companies like Nvidia (NASDAQ:NVDA) Corp and Qualcomm (NASDAQ:QCOM) Inc design chips that are then built by specialized chip manufacturers in Asia, led by Taiwan Semiconductor Manufacturing Co.

But Intel has failed to stay at the cutting edge of manufacturing technology in recent years, allowing rivals including Nvidia and Advanced Micro Devices (NASDAQ:AMD) Inc – both of whom outsource chipmaking – to gain share in key markets such as PCs and data center chips.

Intel also famously missed the mobile revolution, opening the door for chips based on designs from Arm Ltd to dominate the smartphone market. And now, customers such as Apple Inc (NASDAQ:AAPL) and Amazon.com Inc (NASDAQ:AMZN) have started designing their own chips, to be manufactured by TSMC or other foundries.

Intel Chief Executive Bob Swan says he wants Intel's design teams to be more flexible about where their chips are made and expects to announce a decision next month on whether the company will outsource some of its 2023 products.

But with shares down nearly 20% this year, Loeb's Third Point (NYSE:TPRE) LLC is demanding more dramatic measures. It sent a letter to Intel's board asking it to retain an investment adviser to evaluate strategic alternatives, including whether it should remain an integrated device manufacturer.

Sources familiar with the matter told Reuters that Third Point has amassed a $1 billion stake in Intel and wants it to consider separating chip design and manufacturing. That could include a joint venture in manufacturing, according to sources.

But spinning off Intel's manufacturing operations into a separate company "doesn't fix anything," said Stacy Rasgon, an analyst with Bernstein.

Chip factories are only profitable when run at full capacity. Intel has tried to attract outside clients before with little success. And though rival chip factories are struggling to meet demand this year, chip designers must commit to a factory 18 to 24 months ahead of production, meaning it would take the new company time to win new clients.

In the interim, it would likely remain dependent on Intel's design operations for business – at precisely the time when Intel is considering moving more of its manufacturing away to outside firms.

On the other hand, if Intel's design teams signed a manufacturing deal with former plants, that agreement could stop Intel's design operations from competing against rivals that use more advanced production.

AMD signed such an agreement with its former factories when it spun them off in the mid-2000s, which at times prevented it from pursuing advanced technologies as fast as rivals such as Nvidia did.

And selling off Intel's factories outright to one of the only two other companies capable of making advanced processor chips – TSMC or Samsung Electronics (OTC:SSNLF) Co Ltd – could also prove difficult, analysts said.

That's because chip-making requires configuring and programming extremely expensive tools to perform thousands of steps in complex manufacturing process. Retrofitting an Intel factory to replicate, for example, a TSMC chipmaking process would be costly and time consuming.

Intel is "likely to get 20 to 30 cents on the dollar of what they invested, making it a nonstarter," said Dan Hutcheson, chief executive officer of VLSI Research. For TSMC, buying Intel's fabs "is almost like trying to take apart one of those big Lego projects that your kids got at Christmas and putting it back together again after the kids threw away the manual."

A joint venture involving collaboration with TSMC or Samsung (KS:005930) is likely the most viable option, said Linley Gwennap, principal analyst at The Linley Group.

But any such move would be a permanent fork in the road for Intel's manufacturing strategy. The company makes more than 800,000 wafers a month at its 15 factories, according to a February report from IC Insights. That is smaller than Samsung and TSMC's respective 2.9 million and 2.5 million but still enough volume to require a huge investment from a partner over many years.