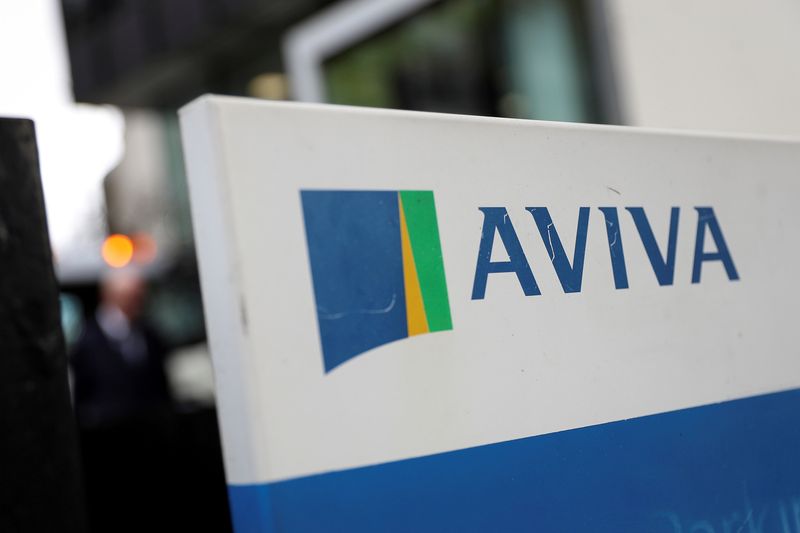 LONDON (Reuters) -Activist investor Cevian Capital said Aviva (LON:) should return 5 billion pounds ($7.08 billion) of excess capital in 2022 after revealing it has built up a near 5% stake in the British insurer, putting new CEO Amanda Blanc under pressure to accelerate changes.

Aviva, which has sold eight businesses since the appointment of Blanc as CEO in July 2020, said last month it had raised 7.5 billion pounds from disposals and planned to return money to shareholders, without putting a figure on it.

“Aviva has been poorly managed for many years, and its high-quality core businesses have been held back by high costs and a series of bad strategic decisions,” Christer Gardell, managing partner and co-founder of Cevian said in a statement.

Analysts have said the insurer would have between 3.7 billion and 6.6 billion pounds of excess capital following the completion of the asset sales.

Aviva should have a value of more than 8 pounds per share within three years, and more than double its dividend to 45 pence, Cevian said.

Aviva’s shares are currently trading above 4 pounds a share and rose 3.5% on the Cevian statement.

Aviva is shifting focus to the key markets of Britain, Canada and Ireland since the asset sales.

Industry sources have speculated the insurer could make further changes such as selling books of life insurance business closed to new customers. The Canadian unit might also attract buyers, they said.

“Aviva has made significant strategic progress over the past 11 months and we remain sharply focused on further improving our performance,” an Aviva spokesperson said in an emailed statement.

“We regularly engage with investors and welcome any thoughts which move us towards our goal of delivering long term shareholder value.”

Cevian bought a stake in rival insurer RSA in 2013 which it built up to 15%, culminating in the completion last week of RSA’s sale to Denmark’s Tryg and Canada’s Intact Financial.

Cevian started building up the stake in Aviva several months ago, with relations cordial between the investor and Aviva’s management, according to two sources familiar with the matter.