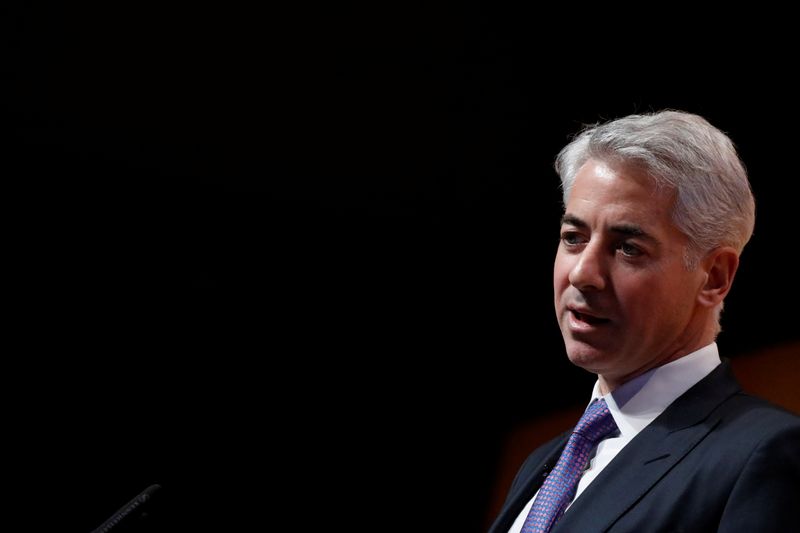 By Svea Herbst-Bayliss and Joshua Franklin

BOSTON (Reuters) – Billionaire investor William Ackman said on Monday that there was nothing to report yet on finding a target for his $4 billion blank-check investment vehicle.

Ackman made headlines last year when he raised Pershing Square Tontine Holdings, making it the biggest blank check company ever. It now has between $5 billion and $7 billion of equity capital for its initial business combination.

Speculation grew about Ackman’s potential target – with talk about Airbnb Inc, Stripe, and Bloomberg L.P. being on his list. Late last year, he said he hoped to be able to break the news on a target by the end of the first quarter of 2021.

“Eight months since PSTH’s launch, we remain convinced that an investment in PSTH will generate highly attractive long-term returns, even from PSTH’s current stock price,” Ackman said in a report.

“While we previously believed that we would be able to announce a potential transaction by the end of this quarter, we will not be in a position to do so.”

Special Purpose Acquisition Companies (SPACs) like Pershing Square Tontine raise money in an initial public offering with the aim of merging with a private company. For the private company, the process is an alternative to it doing an IPO itself.

In a regulatory filing for the IPO last year, Ackman’s team highlighted the impact of the COVID-19 pandemic on financial markets and corporate earnings as a likely constraint on the broader IPO market, creating an opportunity for his SPAC.

The market quickly rebounded, however, resulting in the busiest year for IPOs since 2000. In addition, a record amount of SPAC capital was raised, resulting in more competition.

Ackman said he would likely seek to raise a second SPAC once Pershing Square Tontine completed a merger.

Pershing Square Tontine has until July 21, 2022 to do a deal or sign a letter of intent, which would then give it another six months to complete the merger. If it does not, the funds are returned to investors.

Ackman also discussed environmental, social and governance – or ESG – issues, saying they are critical for his investments and play no role in trying to market to potential newcomers because he is not presently raising new capital.